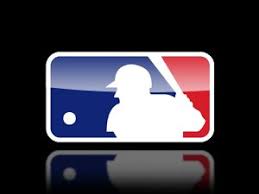 In an effort to end a bitter two year rivalry and promote unity in baseball, the veteran National League and newly established American League decided to bury the hatchet and come together for a new kind of season finale.

Nine years earlier, the two top teams in the National League competed in an experimental post-season championship in which Boston beat Pittsburgh five games to three. In 1903, both teams (now in separate leagues) found themselves competing against one another in the first official “World Series”. Echoing the 1894 proposal of owner William C. Temple, Pittsburgh’s Barney Dreyfuss and Boston’s Henry Killilea agreed that their ballclubs, who were both pennant winners, should meet in a best-of-nine playoff series for the “World Championship.”

The spectacle would represent the first step towards a mutual reconciliation for years of open hostilities and blatant player raids. The Pirates, who had just won their third consecutive pennant, were the perfect representatives for the veteran Nationals. Their rivals, the Americans, had won their flag by 14½ games and represented the fledgling Americans who were still trying to establish themselves as a worthy competitor.

Game 1 of the series proved to be a complete success as fans were treated to the best baseball that both leagues had to offer. The Pirates played exceptionally well on both sides of the ball as Deacon Phillippe pitched a six hitter and right fielder Jimmy Sebring hit the first home run in World Series history. He alone drove in four runs for a 7-3 victory. Game 2 did not disappoint either as Boston mirrored Pittsburgh’s previous performance. They evened the series when Bill Dinneen threw a three-hitter and Patsy Dougherty walloped two homers in a 3-0 triumph.

Pittsburgh’s pitching staff, ravaged by illness and injuries, forced the Pirates to start Phillippe again in Game 3 after only one day of rest. The veteran workhorse, a twenty-five game winner during the regular season, rose to the challenge allowing only four hits in a 4-2 win. Three days later, Pittsburgh went to their dependable ace for a third time and backed him up with reinforcements who came out swinging. Third basemen, Tommy Leach, knocked in three runs while Honus Wagner and Ginger Beaumont each collected three hits. Boston was unable to answer and Pittsburgh led the series three games to one.

Boston was down, but far from out. Cy Young, a veteran, twenty-eight game winner was called upon to cool off the Pirates in Game 5 and that’s exactly what he did. Pittsburgh never knew what hit them. Young yielded only six hits and drove in three runs in an 11-2 runaway. The following day, Game 2 winner Bill Dinneen maintained Boston’s momentum with a 6-3 victory in a contest that featured four hits, two RBIs and two stolen bases by the losing Pirates. The series was now tied at three games each.

Deacon Phillippe, who was undefeated in the series, took the mound for the Pirates in Game 7. Unfortunately for Pittsburgh, all good things must come to an end. The Americans’ playing manager Jimmy Collins and Chick Stahl knocked him for first inning triples and Boston bolted to an early 2-0 lead en route to a 7-3 triumph. For the first time, the Americans had seized the Series lead. Ahead four games to three, Boston would attempt to nail down the championship on its own Huntington Avenue Grounds.

Game 8 looked to be a pitchers duel as Dinneen and Phillippe went head to head to a scoreless tie through the first three innings. Boston managed to get on the board twice in the fourth and again in the sixth. Phillippe battled on and would end up pitching his fifth complete game in the Series, which lasted thirteen days, but Dinneen bested him in the climactic finale, tossing his second shutout of the Series and notching his third victory.

The 3-0 decision was the Americans fourth straight triumph and made the upstart Boston team champions of the First American League vs. National League World Series. With great pitching dominating the play, hitters obviously had a rough time at the plate. Boston batted .252 while Pittsburgh, despite the presence of National League batting champion Honus Wagner, hit .237.