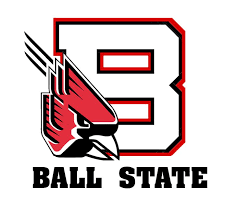 It’s a new dawn and a new day in Ball State basketball history. This proud program, located in the belly of the basketball beast that is Indiana, demands excellence. Not mediocrity. Former head coach James Whitford understands this reality all too well. Whitford made major strides his first five seasons, notching two 20-win campaigns and a third 19-win season in 2018. The Cardinals fell on hard times the past three years, but it was far from a disaster. Still, a 28-27 record in the MAC since 2020 did little to appease the appetite for success in Muncie. Unsatisfied with moderate returns under Whitford, the athletic department decided to move on from the coach and took a big swing in finding a replacement. Fittingly, it was a homegrown Hoosier, Michael Lewis, who decided it was time for a return to his Midwest roots. Lewis is fresh off a three-year term as an assistant under Mick Cronin at UCLA. The Bruins’ recent return to glory is one of many reasons Ball State sees a bright future under Lewis’ direction. He studied under many bright basketball minds, including Tim Miles at Nebraska, as well as both Brad Stevens and Chris Holtmann at Butler. Many Hoosiers will also remember Lewis from his playing days at Indiana, where his basketball mind was molded by the great Bobby Knight. Lewis recognizes his coaching path has been quite a privilege. He says he’s pocketed bits and pieces from each former mentor along the way. For example, Lewis reveres Cronin’s ability to communicate and build relationships with players, a skill he sees as a differentiator in the current era of college basketball. Recruiting new players is only part of the equation; re-recruiting existing players is now equally, if not more, important. Thankfully for the Cardinals, Lewis did just that this summer. He convinced many of Whitford’s players to stick around and prevented a major roster implosion often seen with first-year head coaches. This is a testament to Lewis’ authenticity and speaks volumes about the respect he has already commanded in the Ball State locker room.

Three future cornerstones were close to pulling the plug on their Ball State tenure — Payton Sparks, Jaylin Sellers and Basheer Jihad — but Lewis managed to reel them back in. This second-year trio is a tight-knit group and believes brighter days are ahead under Lewis’ stewardship. Sparks and Sellers choosing to return completely shifts the paradigm of Ball State’s season outlook. The two reigning MAC All-Freshman honorees carry unbounded po[1]tential — especially Sparks, the 2022 MAC Freshman of the Year. At 6-9, 240 pounds, he plays like a bull in the paint, blessed with the lower body strength to match. He tossed around veteran forwards like ragdolls throughout his first year, a scary thought for what Sparks has in store this season. The refreshing element of Sparks’ game is his reliable stroke from the charity stripe, where he took up full-time residency last season. Sparks attempted 201 free throws and converted at a respectable 71 percent clip. Sellers, a 6-4 wing, is also on the fast track to success. He thrived in the sixth-man role last season, but could seize the vacancy in the starting lineup this year. As a reliable long range shooter and disruptive defender, Sellers, whether he starts or not, will be in the thick of high-leverage minutes. Fellow sophomore Jihad has more to prove than Sellers but there’s real potential here. A stretch-4 with a feathery touch, Jihad canned 11 of his 22 long range attempts last year. Jihad’s size-with-shooting package is a valu[1]able commodity on this roster. He’s still in the fetal stages of his development but he’ll have to grow up in a hurry to barge his way into this year’s frontline rotation. A number of upperclassmen also stayed put, including backcourt stalwarts Luke Bum[1]balough, Demarius Jacobs and Jalen Windham, who will all be reunited with their former perimeter running mate, Jarron ‘Boogie’ Coleman. Coleman shined in Muncie as a rookie in 2019-20, earning MAC Freshman of the Year honors, and he eventually went on to test his talents in the SEC. He’s now back in the MAC arena, where he’s an established asset on both ends of the floor. Mickey Pear[1]son rounds out the list of relevant returners who made a splash last season. His muted per-game averages may be deceiving, as Pearson possesses that short-sprint boom potential — he topped 10 points in four separate contests last season. There’s a lot of individual promise, but how they blend together will be the make-or[1]break determinant in Lewis’ first season. He’s a huge proponent of shot selection and broader basketball intelligence, as there’s little room for selfish decision-making. In terms of Xs and Os, Lewis wants a perimeter-oriented lineup with four ‘triple-threat’ options on the floor at all times. That leaves Sparks as the epicenter, free to roam in[1]side with ample spacing. He’s keen on deploying multiple creators, rather than leaning on one ball-dominant initiator. Lewis believes with Bumbalough, Jacobs and Coleman, he has a ready-made starter kit for his offense. The Cardinals will trot out three dynamic guards capable of putting pressure on the defense from multiple angles, especially in pick-and-roll action, which should be a focal point of Lewis’ blueprint.

Lewis’ affinity for multiple ball-handlers should help alleviate the turnover woes that plagued the Cardinals last sea[1]son. The sure-handed, sharpshooting Bumbalough will set the tone, while Jacobs and Coleman will follow. Coleman struggled with ball security as a rookie, posting a 26.3 percent turnover rate during his freshman season. A year in the SEC pressure cooker should breed confidence as he re[1]turns to the MAC playground, but he still needs to clean up the turnovers. Jacobs is a fungible plug-and-play piece in the backcourt and was fairly reliable protecting the rock last season. In fact, giveaways have plagued Ball State for years. The Cardinals haven’t posted a top-150 turnover rate since the 2007-08 season. That has to change. Turnovers are just one of a few flaws that surfaced last year due to sheer inexperience. Those youngsters are now a year older and wiser, but Lewis brought in a seasoned adult in Coleman to ensure those same warts don’t pop again in 2023.

Team toughness lies at the heart of everything Lewis wants to revamp about this team’s culture. As he puts it, “I don’t deal well with soft.” From a physicality perspective, the Cardinals have a tone setter up front in Sparks. The key will be extrapolating that to the perimeter, where Lewis is looking to dial up ball pressure this season. In short, he wants to be tough inside and disruptive outside. Perhaps more critical is the mental toughness side of the coin. Toughness begets confidence, and revitalizing that mojo for a team that lost 17 games last year is a must. This team had real positive stretches last season, but the Cardinals struggled to stop the bleeding whenever opponents put together a serious run. All in all, this is a roster that’s still learning how to win. The tools and pieces are there. The next frontier is instilling a mature mental psyche, as Lewis witnessed with UCLA’s recent resurgence under Cronin.

There’s something brewing in Ball State this summer. Reinvigorated by a new coach and blank canvas, it’s hard not to be bullish on a 2023 turnaround. Don’t forget that Ball State won nine MAC games last year, including a 10-point win over Toledo and a one-point loss to Kent State. At their best, the Cardinals could run with anyone. Consistency was the missing ingredient. To Lewis, toughness is the prerequisite to the consistency this team needs to climb higher in the standings. On paper, the talent is in place for a breakthrough campaign. Learning from last year — and listening to Lewis’ preachings — could manifest Ball State into a MAC title contender in no time.