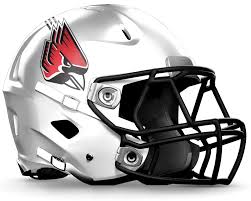 Ball State and Miami are set to square off for the 45th time in series history Saturday afternoon at Scheumann Stadium in a matchup between the last two MAC champions. The Cardinals and RedHawks were granted rivalry status by the MAC in 2017. The cross-division foes play each year for the Red Bird Rivalry trophy.  The Cardinals are scheduled to host their annual Homecoming game for the 95th time in program history Saturday. Ball State is 54-37-2 on Homecoming all-time and won its last event 52-14 over Toledo on Oct. 19, 2019. The Cardinals did not host a Homecoming game last season due to COVID-19. Ball State is 2-1 against Miami on its Homecoming all-time, earning wins on Oct. 1, 1988 (45-14) and Oct. 7, 1989 (37-9). The RedHawks got the better of the Cardinals in the last Homecoming battle on Oct. 18, 2003 (49-3).  Seven weeks into the 2021 season, fifth-year WR Justin Hall is averaging 144.7 all-purpose yards per game, good for 12th-most in the country and first in the Mid-American Conference. Hall is second in the country in average all-purpose yards among players who have logged at least one yard through rushing, receiving, punt return and kickoff return only to Jayden Reed (Michigan State). In addition, Hall is one of just four players nationally to score a touchdown via rush, receiving and kickoff return this season, joining Devon Achane (Texas A&M), Rasheen Ali (Marshall) and Chris Tyree (Notre Dame).  In his first career start at Eastern Michigan last week, true freshman RB Carson Steele had a career-high 138 rushing yards on 18 carries and one touchdown. He became the first Ball State player to have over 100 yards on the ground this season and is the first to eclipse the 100-yard plateau since Tye Evans at Toledo on Nov. 28, 2020 (101 yards, 25 att.). Steele had 117 yards on 15 carries in the second half alone, including 59 yards on 11 carries in just the fourth quarter to help ice away the game.  Ball State has three of the top 10 tacklers in the Mid-American Conference in S Bryce Cosby, ILB Jaylin Thomas and ILB Clayton Coll. Cosby and Thomas are tied for sixth in the league with 56 tackles apiece, while Coll is tied for seventh with 55 stops. 8 In total, 13 different players have recorded at least 1.0 TFL this season, including seven with 3.0.

INSIDE THE SERIES: MIAMI Ball State and Miami are set to square off for the 45th time in series history Saturday afternoon at Scheumann Stadium. The RedHawks have won four of the last five Red Bird Rivalry games, dating back to 2016. The Cardinals had four of the five previous duels. Ball State’s lone loss in 2020 came at the hands of Miami in the season opener, 38-31, as the RedHawks scored with 10 seconds left to go in the game. Saturday’s matchup is set to feature the last two MAC champions. Ironically enough, the loser of the Red Bird Rivalry has gone on to win the league title the last two seasons. Ball State and Miami were granted rivalry status by the MAC in 2017. The cross-division foes play each year for the Red Bird Rivalry trophy. BSU has been known as the Cardinals since 1927, while Miami adopted the RedHawks moniker in 1997. The series dates back to 1931 but really heated up in the 1970s when BSU joined the MAC.

FIRST AND TEN • Miami football ranks first all-time in the Mid-American Conference in wins (703), conference wins (301), MAC Championships (16) and bowl wins (7). The RedHawks also captured the 2019 MAC Championship with a 26-21 win over Central Michigan. • Although Miami was 4-26 in Coach Martin’s first 30 Mid-American Conference games, the RedHawks are 27-10 in the last 37 games versus schools from the MAC, the best record in the conference during that span. • Miami went 2-1 in 2020, missing the final three contests of the year due to COVID. The RedHawks beat Ball State, the eventual MAC Champions, to open 2020, 38-31. • The RedHawks clinched the MAC East Division Championship with a 6-2 record in 2019 and went 2-1 in 2020. Miami has now had a winning conference record in four of the past five years. • Martin, in his eighth year leading the RedHawks, has had many of the same coordinators in the previous six seasons. Offensive Coordinator Eric Koehler has been with Martin all eight years on the offensive side of the ball. Spence Nowinsky (fourth year) and John Hauser (eighth year) manage the defense. • Miami is 8-2 in one-score games, dating back to the 2018 campaign. The RedHawks were 5-0 in one-score games in 2019, including a 26-21 victory over Central Michigan in the MAC Championship Game. Miami’s 31-26 loss to Minnesota earlier this year ended Miami’s consecutive one-score win streak at eight. • In its last 32 contests, Miami has had a lead at some point in 28 of those games. The only four setbacks were a 42-10 loss at Buffalo in 2020 and three different losses in 2021. • Miami competed in the 2020 LendingTree Bowl, its fourth bowl eligible season in the last five years. From 2006-15, Miami was bowl eligible just twice. • Miami’s defense has forced a turnover in 32 of its last 48 games and is 20- 12 in contests when it forces a turnover. The RedHawks’ defense has also recorded a sack in 37 of its last 48 games.

The Miami RedHawks began their season on a high note in 2020, scoring four critical touchdowns in the second half as the RedHawks defeated Ball State, 38-31, at Yager Stadium. The win, which gave Miami the Red Bird Trophy, was also the 300th MAC win in team history. The second half proved to be pivotal for the RedHawks in the season opener, with four touchdowns for 28 points to erase a 21-10 deficit to the Cardinals. Miami finished with 418 total yards in the victory. AJ Mayer finished the contest 16-of-24 for 211 yards with three touchdowns, including two passes to redshirt freshman Jack Coldiron. This game included milestones for the pair, with Mayer throwing his first touchdown pass and Coldiron scoring his first touchdown with his first career catch.

ABOUT BALL STATE Ball State is 4-3 overall and 2-1 in MAC played, tied for second in the MAC West. Offensively, the Cardinals average 25.6 points per game and are led by quarterback Drew Plitt, who has thrown for 1,364 yards and nine touchdowns in 2021. His top receiver, Justin Hall, has 44 grabs for 474 yards and three scores. Defensively they allow 28.4 points and 398.8 total yards per contest. Tavion Woodard and Bryce Cosby have a combined 9.0 sacks on the season. SERIES VS. BALL STATE Saturday marks the 35th meeting between the two schools with Miami up 20-13-1 in the all-time series, including a 38-31 win last season in Oxford. The RedHawks are 8-7-0 in Muncie, which includes a 41-27 defeat back in 2019. REDBIRD RIVALRY The RedBird Rivalry trophy game between Ball State and Miami, two Mid-American Conference universities separated by a little more than 70 miles, is in its fourth year. The rivalry between the schools dates back to a 1931 meeting in Oxford, Ohio, but didn’t blossom until Ball State joined the MAC in the mid-1970s. The two teams played each other in football every year from 1985 through 1998. MAC expansion in the late 1990s changed league scheduling as the conference had too many teams to play every team on an annual basis. Because Miami is in the MAC East and Ball State is in the MAC West, they have only faced off 10 times since 2000. NOTES FROM AKRON • Miami’s balanced offensive attack rolled up its highest rushing total of the season with 245 yards on the ground to go along with AJ Mayer’s 229 passing yards. • Miami sacked Akron three times, gaining one apiece for Ivan Pace Jr., Lonnie Phelps and Nasir Washington. • Through three quarters of play the Zips had 19 yards rushing on 17 attempts before Miami played most of its second string the final 15 minutes of play. Akron ended the contest with 65 yards rushing on 24 attempts. • Jack Sorenson had five catches for 113 yards, his second-straight 100-yard performance. • Jaylon Bester, finally back from several leg injuries, scored a first half touchdown versus the Zips. He now has 15 touchdowns in his last 12 games, dating back to the start of the 2019 campaign. CHAMPIONSHIP EXPERIENCE While Miami’s 2019 MAC Championship victory was two seasons ago, Miami still has 13 starters returning in 2021 that started in that championship game. On offense: Andrew Homer, Rusty Feth, Jaylon Bester, Tyre Shelton, Brett Gabbert, Pete Nank, Caleb Shaffer and Jack Sorenson all started in the 26-21 win over CMU. Defensively, Mike Brown, Sterling Weatherford, Ryan McWood, Kameron Butler and Ben Kimpler return in 2021. In all, Miami has 26 players on the 2021 roster that participated in the 2019 MAC Championship Game.