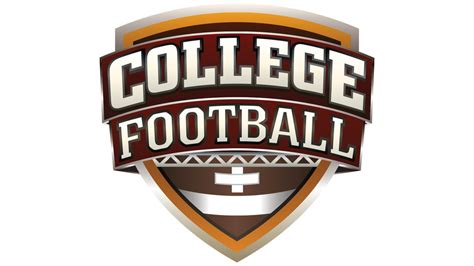 THE ALABAMA-CINCINNATI SERIES: Alabama and Cincinnati will meet for the first time at a neutral site and the sixth time overall in the 2021 College Football Playoff Semifinal in Arlington, Texas. The Crimson Tide holds a perfect 5-0 mark in the previous pairings and has outscored the Bearcats by a 156-27 margin in those contests.

ALABAMA IN THE COLLEGE FOOTBALL PLAYOFF: Alabama will be playing in its 12th College Football Playoff matchup when the Crimson Tide meets No. 4/4/4 Cincinnati in the Goodyear Cotton Bowl Classic on Dec. 31, 2021. The Crimson Tide is 8-3 all-time in College Football Playoff games since the playoff’s inception in 2014 and is the only team to appear in seven of the eight playoffs. Alabama also holds the record for the most games played and wins in the history of the CFP. The Crimson Tide claimed CFP National Championships in 2015, 2017 and 2020 and has reached the National Championship Game in five of its six seasons in the Playoff.

INSIDE THE SERIES Overall: Sixth meeting (Alabama leads, 5-0) At Neutral Sites: N/A Current Streak: Alabama, Won 5 Last Meeting: Nov. 17, 1990 (W, 45-7) Series Notes: Alabama and Cincinnati will meet for the first time at a neutral site, and the sixth time overall, in the 2021 College Football Playoff Semifinal in Arlington, Texas. The Crimson Tide holds a perfect 5-0 mark in the previous pairings and has outscored the Bearcats by a 156-27 margin in those contests. Alabama head coach Nick Saban has never faced Cincinnati during his time as a collegiate head coach. Additionally, Cincinnati head coach Luke Fickell has never squared off with the Crimson Tide during his six-year head coaching career.

NEUTRAL SITES: Alabama is 96-50-4 (.653) all-time in 150 neutral site contests. The list includes all Alabama/Auburn games not played on campus, including Legion Field from 1948-88. Under head coach Nick Saban, the Crimson Tide is 28-6 (.824) in neutral site games. Alabama is 2-0 in neutral site games this season, defeating then-No. 1/1/1 Georgia, 41-24, on Dec. 4 after previously beating then- No-14/16 Miami, 44-13, on Sept. 4, both at the Mercedes-Benz Stadium. Alabama’s last loss at a neutral site came at the hands of Clemson in the 2019 College Football Playoff National Championship Game in Santa Clara, Calif.

DOMINATING THE AP TOP 25: Alabama’s season-opening win over then-No. 14 Miami in the 2021 Chickfil-A Kickoff Game was head coach Nick Saban’s 22nd career win by 25-plus points against a ranked opponent. Saban is the all-time leader for the most wins by 25-plus points in the Associated Press Poll era (since 1936), passing Bobby Bowden’s previous record of 20. Saban is also the NCAA record holder with 23 career wins of 20-plus points against AP top-15 opponents, including Alabama’s 42-21 win against then-No. 12 Ole Miss on Oct. 2. Twenty of Saban’s 23 20-plus point wins against AP top-15 opponents have come at the Capstone.

AGAINST THE TOP 10: Alabama owns an 83-77-1 all-time record against teams ranked in the top-10 of the Associated Press Poll. Since the start of the 2008 season, the Crimson Tide has posted a 34-11 (.756) overall record against top-10 teams, including a 19-5 (.792) mark versus the top 10 since the inception of the College Football Playoff. In Saban’s six national championship seasons at Alabama, his teams have gone 18-2 against top-10 opponents.

ALABAMA IN THE AP SINCE 2008: Alabama began the 2008 season at No. 24 in the Associated Press Preseason Poll. The Crimson Tide opened the year with a dominant 34-10 win over then-No. 9 Clemson in Atlanta, and since that win over the Tigers, UA has not been ranked lower than No. 17 in 224 polls that have followed. According to College Poll Archive, the Tide has now spent 96.8 percent of the 12-plus years ranked in the top 10. A whopping 87.8 percent of that time Alabama has been ranked in the top five. The Crimson Tide has also been ranked No. 1 a total of 106 times since 2008. Only 13 other teams have earned the No. 1 ranking over that time, with the second-most appearances coming from Clemson at 23.

MORE THAN A DECADE AT NO. 1: With Alabama’s Aug. 16, 2021 preseason ranking at No. 1, the Crimson Tide has been ranked No. 1 in the Associated Press poll at least once each season since 2008. The 14-year streak is the longest in the history of the AP rankings. The previous long streak was seven seasons by Miami (Fla.) from 1986-92.

UNDEFEATED CINCINNATI FACES NO. 1 ALABAMA IN THE CFP SEMIFINAL • No. 4 Cincinnati became the first non-Power 5 team to make the College Football Playoff after finishing as the nation’s only undefeated team and beating Houston, 35-20, on Dec. 4 to win a second-straight AAC Championship. • The Bearcats will face the Crimson Tide in the 86th Goodyear Cotton Bowl Classic at AT&T Stadium in Arlington, Texas. • UC will play in its fourth New Year’s Six Bowl, joining appearances in the 2009 Orange Bowl, 2010 Sugar Bowl and the 2021 Peach Bowl. Cincinnati fell to Georgia, 24-21, in Atlanta last postseason. • Alabama enters the game with a 12-1 record after beating Georgia, 41-24 in the SEC Championship. The Crimson Tide is led by Heisman Trophy-winning QB Bryce Young and SEC Defensive Player of the Year DE Will Anderson. • Cincinnati features the nation’s top cornerback tandem in senior Coby Bryant and junior Ahmad “Sauce” Gardner. Bryant won the Jim Thorpe Award, given to the nation’s top defensive back, becoming the first Bearcat to win a national award since kicker Jonathan Ruffin won the Groza Award in 2000. Gardner became UC’s third ever consensus All-American, joining Ruffin (2000) and punter Kevin Huber (2007-08). • Luke Fickell won nearly every national Coach of the Year honor, taking home The Home Depot National Coach of the Year honor, the Eddie Robinson Coach of the Year and The Sporting News Coach of the Year among several honors.

FICKELL HAS BEEN HERE BEFORE • Luke Fickell was Ohio State’s defensive coordinator when the No. 4-ranked Buckeyes defeated No. 1 Alabama, 42-35, in the College Football Playoff Semifinal at the Sugar Bowl to cap the 2014 season – the CFP’s first year. • Led by Fickell’s defense, OSU shut down No. 2 Oregon to win the first CFP National Championship, 42-20, held at AT&T Stadium in Arlington, Texas. Fickell also won a national championship as part of Ohio State’s staff in 2002.

RIDDER NEARS SINGLE-SEASON TOUCHDOWN PASS AND YARDAGE RECORDS • Senior QB Desmond Ridder holds countless Cincinnati and AAC records. He enters the CFP Semifinal nearing another record. With 30 touchdown passes in 2021, he is one behind the school record of 31 set by Ben Mauk (2007) and Gunner Kiel (2014). • Ridder has 3,190 passing yards this season. He needs 353 yards to tie the single-season school record of 3,543 set by current quarterbacks coach and passing game coordinator Gino Guidugli in 2002. • Ridder (12,280 career total yards) broke the AAC and Cincinnati total yardage records earlier this season. He is also the AAC’s and Cincinnnati’s all-time leader in total touchdowns with 116 (87 passing, 28 rushing, 1 receiving). He broke Guidugli’s career touchdown pass mark of 79 earlier in the season.

BEARCATS IN RECENT BOWLS • Cincinnati led most of the game before falling on a field goal with :03 left to Georgia, 24-21, in the 2021 Peach Bowl to cap a 9-1 2020 season on Jan. 1, 2021. RB Jerome Ford had a 79-yard touchdown run, while QB Desmond Ridder passed for 206 yards with scoring tosses to WR Alec Pierce and TE Josh Whyle. CB Coby Bryant had an interception, while LBs Darrian Beavers and Joel Dublanko forced fumbles in the game. CB Ahmad Gardner did not play in the game. • UC routed Boston College, 38-6, in the Birmingham Bowl, on Jan. 2, 2020 at Legion Field, which featured a lightning delay. Ridder rushed for 105 yards and three touchdowns in the game, while throwing for another score. • Cincinnati defeated Virginia Tech, 35-31, in the 2018 Military Bowl on Dec. 31, 2018, in a game that featured seven lead changes and 905 yards of combined offense. RB Michael Warren rushed for 166 yards and two TDs to earn MVP honors, while UC backup QB Hayden Moore came in for Ridder, who was injured early in the game.

CINCINNATI PROVES IT’S ELITE • No. 4 Cincinnati and No. 3 Georgia are the only two teams in the nation that rank in the Top 10 in both scoring offense (UC – 39.2, 8th) and scoring defense (UC – 16.1, 4th). • Cincinnati sports a 22-1 record (.957) since the start of 2020, with the Bearcats only loss over the last 24 months coming by three points, 24-21, to Georgia in the 2020 Peach Bowl, on Jan. 1, 2021. • Against ranked teams, UC is 2-0 in 2021 and 5-1 since the start of 2020. Fickell is 6-8 against ranked teams with UC. • Six Bearcats accepted Senior Bowl invitations: QB Desmond Ridder, WR Alec Pierce, LB Darrian Beavers, CB Coby Bryant, S Bryan Cook and DE Myjai Sanders. • 16 Bearcats collected All-AAC honors, including 12 on the First Team. Head Coach Luke Fickell and quarterback Desmond Ridder both repeated as AAC Coach of the Year and Offensive Player of the Year, respectively. Gardner won AAC Defensive Player of the Year.