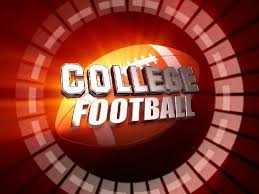 The last time the Wabash College football team took the field was in the first round of the 2019 NCAA Division III Football Playoffs as North Coast Athletic Conference champions. The Little Giants are favored to repeat as conference champions in 2021 in a vote of NCAC coaches in their annual preseason poll.

Allegheny garnered the final first-place vote as part of its 48 total points in the poll and tied for sixth place overall with Wooster. Kenyon placed eighth in the poll with 30 total points. Oberlin (18 points) and Hiram (17 points) rounded out the voting by the conference’s head football coaches.

“To say we are very excited about the 2021 season would be an understatement,” Wabash head coach Don Morel said. “We look forward to playing in front of our fans in the new Little Giant Stadium and getting back to normal on the Wabash College campus.”

Wabash brings back nine starters total starters — five on offense and four on defense — from its 2019 squad. The Little Giants have won a total of nine NCAC championships since beginning conference play in football in 2000. Wabash shared back-to-back titles in 2018 and 2019.

The Little Giants open the 2021 season on September 4 with a 7 p.m. game at Rose-Hulman. Wabash begins its conference schedule on September 18 against Allegheny at 2 p.m. in the new Little Giant Stadium.