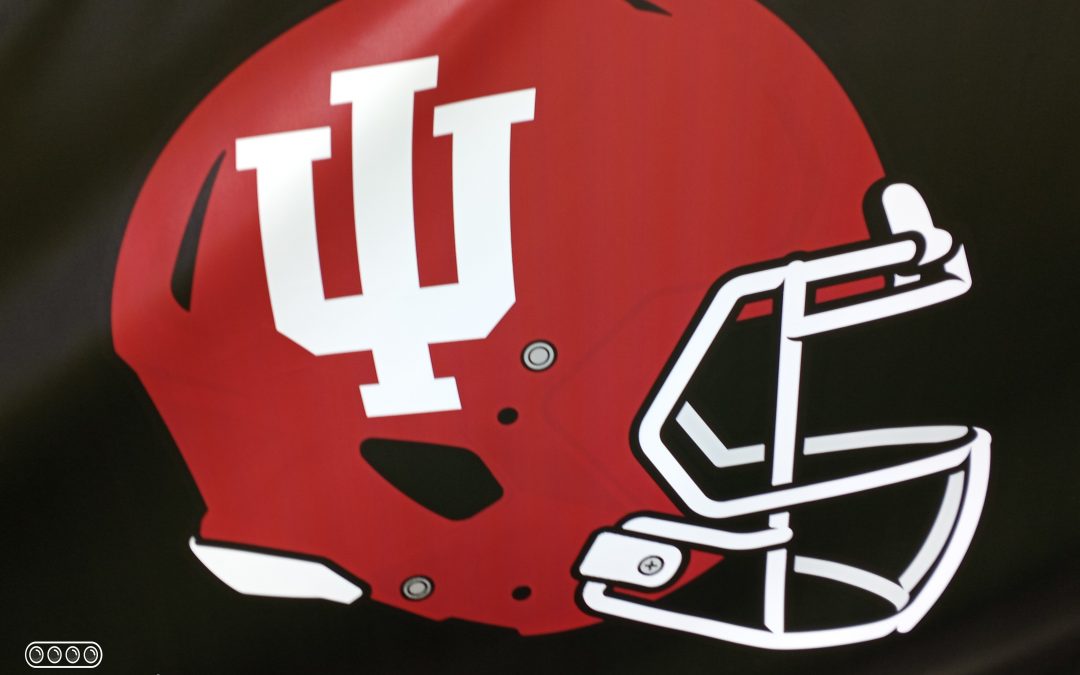 BLOOMINGTON, Ind. – The Indiana football program will square off with No. 5/5 Ohio State under the light in front of a sold-out crowd inside Memorial Stadium on Saturday, October 23. The Hoosiers and Buckeyes will kick off at 7:30 p.m. on ABC.

The Coaches
•  The 2020 American Football Coaches Association National Coach of the Year, Tom Allen is 26-26 (.500) in his fifth season as Indiana head football coach. His 24 wins over his first four years are the most for an IU head coach during that span. Allen was also named the 2020 Hayes-Schembechler Coach of the Year (Big Ten coaches vote) and the Dave McClain Coach of the Year (Big Ten media vote). (full bio on page 15)
•  Ryan Day is in his third season as Ohio State head coach. He posted a 3-0 record as the Buckeyes acting head coach to open 2018 and owns a 28-3 overall mark (.903), including a perfect 18-0 Big Ten record.

Ohio State has won three consecutive games since a 35-28 home loss to Oregon in Week 2 of the season, and it comes back from its off weekend with a 5-1 overall record and 3-0 mark in the Big Ten. Two of its three conference wins have come on the road. f The Buckeyes are averaging 54.5 points in the last four games and are giving up just 14.2.  The Buckeyes have outscored – 152-40 – and outgained – 587.0 ypg-303.0 – the last three opponents by considerable margins.  Over the last three games – in wins over Akron, Rutgers and Maryland – Ohio State has given up just five touchdowns.  The Buckeyes have not allowed a rushing touchdown since Week 2 against Oregon and are allowing just 79.0 yards per game on the ground over the last four games.  Ohio State possesses one of the top offenses in college football. The Buckeyes rank nationally No. 1 in total offense (562.7), No. 2 in scoring (48.5), No. 8 in passing (352.2) and No. 22 in rushing (211.0).  The Buckeyes are also tied for fifth nationally in scrimmage plays of at least 50 yards with nine of them by four players (TreVeyon Henderson – 4; Garrett Wilson – 2; Chris Olave – 1; and Miyan Williams – 1).  The Buckeyes defense, after allowing an average of 471.3 yards and 28.7 points through the first three games of the season, has lowered those averages considerable in the last three weeks to current cumulative averages of 387.3 yards and 20.5 points.  Ohio State’s defense has improved by 49 positions in scoring defense and by 34 in total defense the past three weekends.  Ohio State’s defense is second nationally in passes defended (43; 34 PBUs and 9 INTs).

Twenty-one of Ohio State’s 22 trips into the red zone have resulted in points – 11th nationally; 95.45 pct. – with 17 touchdowns (nine rushes; eight passes).  Ohio State is T3rd nationally with 46 plays from scrimmage of at least 20 yards (7.6 per game). The Buckeyes had 11 such plays vs. Oregon, nine vs. Akron and eight against both Rutgers and Maryland.

SCOUTING INDIANA  Indiana fell to 2-4 last Saturday after a 20-15 loss to No. 10 Michigan State in Bloomington.  All four of Indiana’s losses have come to team’s that are currently ranked in the Associated Press top 10: Iowa, Penn State, Cincinnati and Michigan State.  Jack Tuttle started at quarterback against the Spartans for an injured Michael Pennix Jr. and completed 28 of 25 passes for 188 yards and two interceptions.  Ty Fryfogle, the 2020 Big Ten Wide Receiver of the Year, caught a game-high seven passes. He is Indiana’s leading receiver this season with totals of 33 catches for 337 yards and one touchdown.  Stephen Carr leads the Hoosiers in rushing with 439 yards on 121 carries and four touchdowns. He’s averaging 73.2 yards per game.  On defense, Indiana ranks 37th nationally in total yards given up (334.8 per game) and is 18th in third down conversion defense, allowing opponents to convert just 31.7 percent of the time.  Linebacker and All-Big Ten performer Micah McFaddan leads the team in tackles (36), tackles for loss (9.0) and sacks (3.5). He also has two pass breakups, four quarterback hurries, two forced fumbles and a fumble recovery.