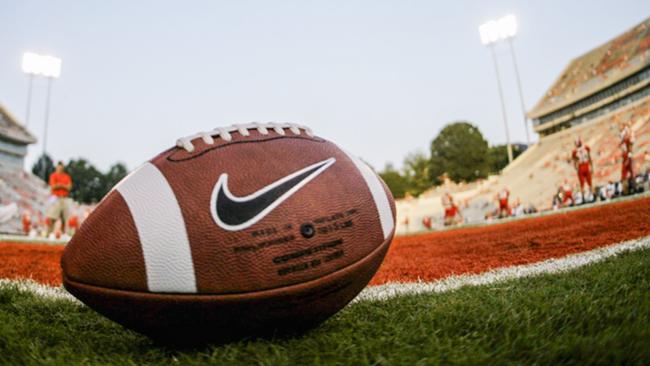 The College Football season is still several weeks away but that won’t stop us from taking a look at the top 25 teams entering the 2021 season.
There are the usual suspects on the top of the list and maybe a surprise or two a little later. We will work backwards from 25-1. Here we go:

24 COASTAL CAROLINA….What once known as a baseball school, Coastal Carolina is now a powerful football school. 19 starters return and they will scores a lot of points.

23 WASHINGTON…..The question will be Who is the starting QB? When the starter is named, the Huskies will have a potent offense.

21 TEXAS….Tom Herman is out, Steve Sarkisian is in. Now they must get the offensive line in order and the receiver need to step up.

20 INDIANA……Hey, wait a minute! Indiana is more of a football school than basketball? Well, don’t get crazy yet. Despite basketball being the king sport, football is now HUGE. This program is now ready to take
another step after getting into the top 10 last season.

19 USC…..The Trojans need a stronger running attack if they are to make a run at the CBP. It will help not having Washington and Oregon on the schedule.

16 MIAMI…..This team needs QB D’Eriq King to be healthy. He is a playmaker. Now can they stop anyone on defense?

15 LSU….17 starters return and the roster is very talented. The Tigers are poised to forget 2020.

14 NOTRE DAME….Back to Independent football for the Fighting Irish. A new QB (Jack Coan) takes over. The OL lost a ton of talent.

13 ARIZONA STATE….Coach Herm Edwards may have to answer some questions for the NCAA investigating committee before the season kicks-off. The Sun Devils love to run the football.

12 WISCONSIN…..The Badgers are primed to smack some Big 10 teams around. The can run the football, the offensive line is dominant and they have a very nasty D.

11 NORTH CAROLINA….Mack Brown has a Heisman candidate in QB Sam Howell. They have plenty of depth and talent on both sides of the football.

10 FLORIDA….Recruiting over the last two seasons will reap rewards this season. Emory Jones will be the new starting QB.

9 OREGON….Boston College transfer QB Anthony Brown will make the Ducks one of the favorites in the PAC-12. Defense will be the key.

7 CINCINNATI….Coach Luke Fickell has a loaded offense led by QB Desmond Ridder. The Bearcats will play at Indiana and Notre Dame…that will tell us what Cincinnati is all about.

6 GEORGIA…Can the Bulldogs take out Alabama this season? QB JT Daniels could be the guy to make it happen.

4 OKLAHOMA….Defense leads to championships. The Sooners will count on QB Spencer Rattler to helps Oklahoma win a national title.

3 OHIO STATE….A beatdown in the National title game will make the Buckeyes more hungry. Now they must find a way to make all those studs capable of winning a championship.

2 CLEMSON….How can you replace Trevor Lawrence? You can’t. So now the Tigers coaching staff must find a way to get more offense out
of D.J. Uiaglelei.

1 ALABAMA….QB Mac Jones is off the to the NFL. Now it’s up to Bryce Young. But it doesn’t matter because the Tide will still have plenty of
talent to make Young a champion.