IRISH FALL 6-2 TO OKLAHOMA AT CWS 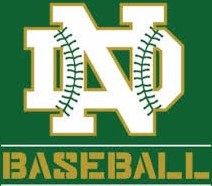 OMAHA, Neb. – The University of Notre Dame baseball team had a quiet night at the plate on Sunday, dropping a 6-2 decision to Oklahoma in the winner’s game of Bracket 1 at the College World Series. Senior first baseman Carter Putz tied his career high in hits with a 4-for-4 performance, but unfortunately the rest of the Irish lineup added just three hits.

The Fighting Irish scored its two runs via a 375-foot David LaManna home run in the top of the sixth, marking his third on the year.

On the flipside, Oklahoma scored twice in the third, three runs in the fifth, then tacked on an insurance run in the seventh to advance.

Notre Dame starting pitcher Austin Temple struggled to find the strike zone early and was pulled after 1.1 innings and 31 pitches. Enter Aidan Tyrell, who was brought in with runners on first and second and one out and got out of the jam on just four pitches.

Fast forward to the bottom of the third and a series of unfortunate Irish events got the Sooners on the scoreboard. OU’s Peyton Graham singled off the pitcher then eventually stole second. Later with one out, cleanup hitter Tanner Tredaway singled to center field on a 2-2 count. A passed ball against the next hitter advanced Tredaway to second, then Wallace Clark struck a single to center scoring the runner for the 2-0 lead.

In the bottom of the fourth the Irish outfield displayed its throwing strength with two great putouts. The first came from Cole after his diving catch attempt came up just short in left field, but rebounded with a timely relay to third for the out. Next up was Coetzee in right field who also gunned out a runner at third for the final out of the inning.

The Sooners tacked on three more runs in the bottom of the fifth to extend their lead to 5-0. Oklahoma recorded back-to-back singles and then scored both those runners when a throw to first went wide right after a bunt attempt. OU’s Clark then notched the RBI single next with a hit to left center.

It was the third time through the Notre Dame lineup in the top of the sixth in which the Irish finally got to Oklahoma starter Cade Horton. It started with a Putz single, followed by the LaManna homerun to the left field bullpen, cutting the deficit to 5-2.

Ultimately, Horton had a strong outing for the Sooners with a statline of 6.0 innings pitched, five hits, two earned runs and 11 strikeouts on 100 pitches.

Both bullpens did their jobs in the final three innings, as both offenses were held scoreless and the Sooners won by a final score of 6-2. The Irish did have runners on first and second with no outs in the top of the ninth, but the Sooners shut down the rally with a double play on the next at-bat.

Notre Dame will now face Texas A&M in an elimination game on Tuesday, June 21, at 2 p.m. ET on ESPN. The winner of that game will advance to take on Oklahoma on Wednesday at 2 p.m. on ESPN as well.