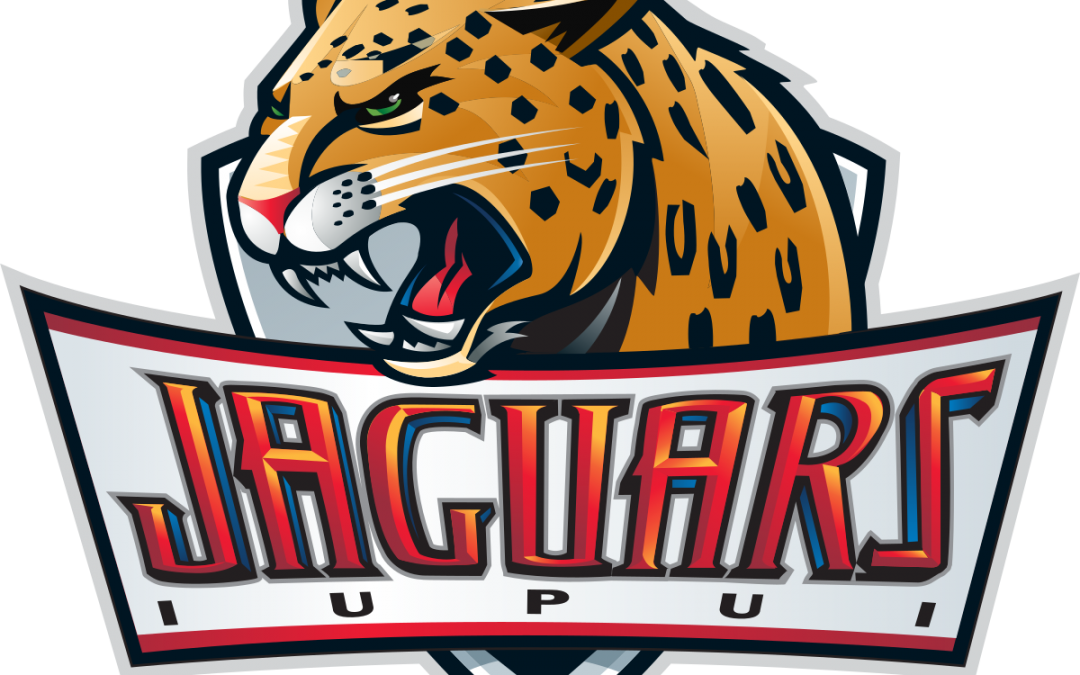 The chance to coach at one’s alma mater is a once-in-a-lifetime opportunity. Matt Crenshaw deserved this golden opportunity. Known for delivering one of the most iconic hardwood moments in IUPUI history, the prodigal son jumped at this chance when the head coaching vacancy arose last summer. Despite his most recent stint as a Ball State assistant, he’s a Jaguar through and through. He’s never strayed far from his Indiana roots, deeply entangled in what many consider to be the heartland of hoops. Bright-eyed and bushy-tailed, Crenshaw detailed big, bold aspirations for the program’s trajectory at the introductory press conference last summer. Little did he know a Geostorm of apocalyptic proportions was in the forecast. The injury monsoon started when Zach Gunn, a former Ball State disciple of Crenshaw’s, tore his ACL in the fall. That was the first domino to fall. Then, even heavier rains came. The tale of last year’s roster carnage is too long to list in detail. All you need to know is that Crenshaw was hamstrung by having just six rotational players — yes, six total — for much of the season. Sadly, it somehow got worse. After Bakari LaStrap was injured in the Jaguars’ regular season finale, IUPUI suited up only five players for the Horizon Tournament. That’s right, folks. The Jaguars went to war with zero reinforcements. The image of their empty bench went semi-viral, publicizing the conundrum the Jaguars faced. Despite the impossible circumstances, they battled admirably in the opening round before ultimately running out of steam in the second half. That tumultuous 2022 season is officially a wrap. Now, it’s time for a mulligan.

The nuances of Crenshaw’s preferred style of play — how he wants to defend and how he wants to score — are of minute importance in the wake of last year’s roster roller coaster. First, back to basics. A healthy, intact roster would make all the difference for Crenshaw in his quest to bring his alma mater back to prominence. A flood of new names adorns this year’s roster, but a few holdovers remain. Jo[1]nah Carrasco and Boston Stanton III are back in action after getting pressed into prominent roles last year. After starting 16 of IUPUI’s first 19 games, Carrasco succumbed to the ever-present injury bug, but he’s a mobile forward who knows his role. Stanton, meanwhile, was one of the last men standing to end the year, but his catastrophically low 59.2 offensive rating underscores how overmatched the 6-5 wing was as a freshman. Ultimately, the most pivotal returner is Gunn, who opted to stay put and help Crenshaw rewrite last year’s script. The good news with the timing of Gunn’s injury is that he was already cleared for action this summer. If healthy, bet on Gunn making big waves in his Horizon League debut. He’s got a silky-smooth arsenal and showcases impressive shot making ability from all three levels. Gunn is gifted enough to carry the Jags to a couple of wins on his own. However, that’s not a sustainable standalone recipe for consistent success in 2023. Crenshaw will need his hand-picked newcomers to rise to the occasion. He’s particularly fond of Bryce Monroe (San Diego transfer, started at Sam Houston State) and Chris Osten (Northern Illinois transfer, started at Arizona State), who will help groom a slew of newcomers devoid of significant Division I experience. Neither the jet-quick Monroe nor the imposing Osten is likely to blossom into a star, but they are both steady hands joining a team that desperately needs some. Despite Crenshaw’s Indiana connections, he’s been mining for additional talent everywhere. While the Hoosier state houses a hotbed of talent, competition is fierce. Wisely, he dug up a few diamonds in the rough from the JUCO circuit. One example is North Idaho swingman Cooper DeWitt. The 6-6 wing is touted as a lights-out shooter and versatile defender. An all-league performer there, DeWitt tallied 13.7 points, 4.3 rebounds and 3.1 assists per game while holding pristine shooting percentages. Projecting a precise order of the depth chart is a puzzling dilemma, but pock[1]ets of potential are scattered throughout the roster

While there may not be marquee names jumping off the page, Crenshaw’s first order of business is bolstering the reserve unit. Ideally, he’d love to loosen up the offense this season, but no team can play in transition without a viable bench. He specifically cited how injuries derailed his hopes of playing up-tempo last year. Jaguar fans will get a sneak peek at the future in the rookie class. For that depth to exist, the unseasoned first-years will need to grow up in a hurry. The one he’s raving about is DJ Jackson, who hails from the greater Toronto-land area north of the border. Jackson carries a reputation as a superb scorer, but Crenshaw cited bonus traits in the freshman’s game. He brings multi positional size at the guard position and, like Gunn, projects as a malleable defender on the perimeter. Jackson is also a graduate of the Montverde Academy school of basketball, which continues to churn out big time performers at both the college and pro levels. Alongside Jackson arrive a pair of tantalizing twins, Ahmad Jarrard and Armon Jarrard, who played their high school ball just down the road at Mount Vernon High School. They are truly two peas in a pod, opting to stay close to home and family while possessing similar games. Ahmad, the taller of the twins, received serious looks from multiple respectable mid-major programs, Wright State and Coastal Carolina notably. He’s blessed with “easy athleticism,” able to explode to the rim without breaking a sweat. Nap Town natives will keep a watchful eye on Ahmad and Armon’s quest to inject life back into the IUPUI program.

Sorry to beat the injury drum again, but it cannot be understated how ruinous the domino effect was last season. Crenshaw isn’t pointing the finger here, though, opting to focus on what’s within his control. To him, it comes down to defense and ball security. Two of the JUCO additions, John Egbuta and Jlynn Counter, are physical specimens and should make an immediate impact on the defensive end at their respective positions. Egbuta should play much bigger than his 6-6 frame, but he’ll need assistance from Osten and Carrasco — the only two players above 6-7 on the roster. Curing the turnover bug is also paramount. The Jags’ offense stalled without a steady hand in the backcourt, which paved the way for Bryce Monroe’s fresh start in Indy. He’s the closest pure point guard prototype of the backcourt options, but Crenshaw confirmed multiple ball handlers will be interchanged. Counter will be in this mix, along with Jarrard and potential X-factor Daylan Hamilton. Relative to his JUCO brethren here, Hamilton’s played at the highest level of them all. After a cup of coffee at Western Michigan in 2021, Hamilton joined a loaded Triton College club last year, and averaged just under 10 a game for the national title runner up. While guys like Jackson, and the Jarrards may take time to blossom, Hamilton’s a ready-made contributor at this level.

Last season was an all-time low for the once-proud IUPUI program. No team was mutilated by injuries to the extent these Jaguars were. They were already talent-depleted entering Crenshaw’s first season, but injuries exacerbated that deficiency tenfold. As the glorious Ron Hunter era memories fade further into the past with each season, Crenshaw is ready to recapture that magic. Assembling the right pieces for his system is no small task, but it’s the first stepping stone to a potential program 180. Remember, this reclamation project is a multi-year endeavor, so a close microscope will be watching over the young guns.