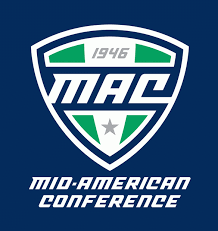 MAC East Division Offensive Player of the Week
Brett Gabbert, Miami, QB
Sophomore, St. Louis, Mo.
Gabbert completed 21-of-28 passes for 351 yards and four touchdowns in a 45-18 win over Buffalo. The sophomore completed passes to seven different receivers and four different RedHawks scored receiving touchdowns. Gabbert has now thrown for 843 yards in his last two games, the most ever by a RedHawk in a two-game span.

MAC East Division Defensive Player of the Week
Kam Butler, Miami, DE
Junior, Cincinnati, Ohio
Butler recorded six tackles, 2.5 tackles for loss and a forced fumble in Miami’s 45-18 win over Buffalo. Butler’s turnover resulted in a Miami touchdown and the RedHawks defense as a unit held the Bulls to just 119 yards on 38 carries.

MAC East Division Special Teams Player of the Week
Michael Mathison, Akron, WR/KR
Sophomore, Covington, Ga.
Mathison put together a career game versus Western Michigan rolling up a career-high 273 all-purpose yards, including a career-best 161 yards on kickoff returns, with a 94-yard kickoff return for a touchdown. Mathison returned four kicks for 161 yards, highlighted by the first kickoff return for a TD for a Zip since Dashan Miller raced 98 yards against Syracuse on Oct. 24, 2009. His kickoff return brought Akron within three, 17-14, in the second quarter. Offensively, Mathison registered his third 100-yard receiving game of the season, equaling a career-high eight receptions en route to collecting 112 yards through the air.

MAC West Division Offensive Player of the Week
Lew Nichols III , Central Michigan, Running Back
R-Freshman, Detroit, Mich. / Cass Technical
Nichols had an unbelievable game against Kent State, carrying the ball 43 times for 215 yards and four touchdowns. He is the first CMU player to rush for more than 200 yards since Thomas Rawls versus NIU in 2014 and the first with four rushing scores since Jonathan Ward at Ball State in 2019. The 43 carries is tied for the fourth most in program history. Nichols also had four catches for 33 yards.

MAC West Division Co-Special Teams Players of the Week
Chad Ryland, Eastern Michigan, Kicker
Junior, Lebanon, Pa. (Cedar Crest)
Ryland continues to prove he is one of the best assets in the conference. Ryland was 2-for-2 on FG attempts against Ohio, Nov. 9, an effort which included his program-record-tying 55-yarder. After starting the season just 3-for-6, the Lebanon, Pa. native has hit his stride, knocking in his last eight attempts and 10 of his last 11 overall. Ryland is now 11-for-14 on the season. He is 11th in the MAC in terms of points responsible for, with 76 on the season, while his 7.6 points per game average are fifth in the league. Ryland needs just 19 points to surpass Andrew Wellock (2003-06) for the most career points in EMU history at 299. He currently ranks 21st among active kickers in the FBS with 48 field goals made while coming in 34th in PAT percentage at 97.2.

John Richardson, Northern Illinois, Kicker
Sophomore, Orland Park, Ill. (Brother Rice)
Richardson made his second game-winning field goal of the season with a 32-yard kick on the final play of the game to beat Ball State 30-29. Richardson was 3-for-3 on field goals in the game with a pair of 38-yard efforts. He totaled 12 points in the game. Richardson also handled seven kickoffs, averaging 53.1 yards per kickoff with a pair of touchbacks.