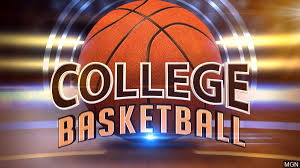 23 NCAA Tournaments — bring back hoops on an aircraft carrier in downtown San Diego.

coach Shaheen Holloway takes on the Peacocks for the first time.

The Champions Classic is the unofficial tipoff of each new college basketball season. It

doesn’t get much better than first-year Duke head coach Jon Scheyer taking on the defending champs.

the Champions Classic since knocking off Sparty in a 1-versus-2 matchup in 2019.

In the first showcase event at the brand-new Moody Center in Austin, the Longhorns look

to avenge last year’s defeat in Spokane and record an early signature win.

in search of an early, resumé-boosting win against Michigan State.

The other Continental Tire Main Event matchup features another pair of Final Four hopefuls, led by two of the country’s best coaches. It’s an early spotlight for Bears freshman

Two of the winningest coaches in the modern era agreed to a home-and-home series,

starting at Spokane Arena. All eyes will be on the matchup of Oscar Tshiebwe vs. Drew

This year’s Maui Invitational bracket is loaded. Creighton is a trendy Final Four pick this

season, while Texas Tech is riding the momentum from Mark Adams’ successful Year 1.

Several teams are capable of cutting down the Maui Invitational nets this year, and these

two squads are no exceptions. Empty your schedule for Feast Week — it’s going to be a

Not a bad way to tip off this year’s Big Ten/ACC Challenge. After the ACC captured the

first 10 challenges, the Big Ten has answered in a big way in recent years, winning three

Picked seventh in the preseason, Providence shocked many by capturing the Big East title

Creighton and Texas are poised for big seasons with strong returning groups and high-lev[1]el transfer additions. Their Big 12-Big East Battle matchup is the headliner of this year’s

Gonzaga seeks revenge from its 16-point loss to Baylor in the 2021 national title game.

most underrated programs. This Battleground 2K22 matchup in Fort Worth will be worth

across the pond to London for a marquee matchup at the state-of-the-art O2 Arena.

Oregon’s two-week stretch that includes Houston, the PK Invitational and a road trip to

UCLA will test the Ducks’ legitimacy. Keep an eye on elite freshmen bigs Kel’el Ware and

Illinois and Texas return to the Jimmy V Classic at the Madison Square Garden. Both

squads are poised to recover from second-round tournament losses thanks to high-potential rosters.

The Huskies head to Gainesville in hopes of a quality road win. UConn big man Adama

It’s been five years since this in-state rivalry has produced a close game, with the previous

Last year’s Alabama/Houston game was marred with controversy on a goaltending no[1]call that would have won the game for the Cougars. The sequel figures to be another top 15 thriller.

event in Atlanta. It’s the first of three consecutive matchups against SEC opponents for

win in 10 tries in the Crosstown Shootout, one of the sport’s fiercest rivalries.

have their sights set on one last NCAA Tournament run. But first, a showdown in Tulsa.

toughest environments. A win (or close finish) would cement Indiana’s legitimacy this sea[1]son.

With major at-large implications on the line, Dayton’s sophomore studs take on Wyoming’s

Graham Ike and Hunter Maldonado in a mid-major showdown at the United Center.

In their last four meetings, UCLA beat Kentucky twice when UK was the No. 1 team and

another time when the Cats were ranked No. 7. Meanwhile, Kentucky beat UCLA in the

Seven days removed from taking on Indiana in Vegas, Arizona hosts another preseason

Top 25 team in Tennessee, an experienced bunch. It’s an early Christmas present for

Alabama will again look to slow down Drew Timme & Co. The Crimson Tide took out the

‘Zags in Seattle last season in convincing fashion. Can Gonzaga return the favor in Birmingham?

Rick Pitino vs. Richard Pitino. Father vs. son. Both programs are capable of doing some

damage in their respective conferences, making this more than just a family affair.

Auburn makes a road swing to the West Coast before the holidays, taking on Pac-12 foes

Braggin’ Rights is back for the 53rd meeting. Illinois is fresh off a shared Big Ten title while

Raider will receive an unsavory welcome when Kansas plays at Texas Tech.

Can Alabama contain Oscar Tshiebwe and the Wildcats? This is an early statement opportunity for two programs vying for a conference title in yet another competitive SEC

West title game. Matt Bradley dropped 30 on the Cowboys in a win in last year’s matchup.

BYU is responsible for five of Gonzaga’s 14 conference losses since joining the WCC.

With the Cougars joining the Big 12 next year, BYU tries for one more home upset against

duke it out for the top spot. This is a marquee matchup early on in the grueling conference

How will Iowa State fans welcome in Tyrese Hunter? After guiding the Cyclones to a

Sweet 16, Hunter left in the spring for Texas and expects to be a featured part of the

Both programs have their sights set on the ACC title behind proven upperclassmen.

When these two met last January, Kentucky led by as many as 24 in a blowout road victory. Now in Lawrence, the Wildcats will try to spoil the Jayhawks’ fun during their title

If things break right, this matchup could be a battle of top-10 teams come late January.

Challenge matchup. This could be a sneaky good matchup depending on how nonconference play unfolds.

game. Between UTC’s Jake Stephens and Furman’s Mike Bothwell, this game has no tal[1]ent shortage.

For the first time since 1961, a UNC/Duke matchup will not feature Mike Krzyzewski, Roy

Williams or Dean Smith patrolling the sidelines. It’s a new era, and it should be good as

This rivalry is no joke. New Mexico State makes its final trip to raucous GCU Arena as a

WAC member in what may be a pivotal matchup in the conference title race.

recent college hoops memory. Don’t expect things to be any different this time around.

The last time these two met, Juwan Howard and Greg Gard made headlines with a postgame kerfuffle, with suspensions and fines on both sides. Will there be more drama this

lower; everyone else is 15-98. UAB or WKU could be the next C-USA squad with March

Looking for an under-the-radar matchup that could potentially be appointment television?

FSU at Miami in late February may do the trick. Both teams could finish near the top of

Bryant’s move to the America East gives Vermont a true contender for its league crown.

There figures to be plenty of NBA scouts in Knoxville for this one. Arkansas’ star freshman

Nick Smith will be tested against a dominating, experienced Volunteers defense.

Kendric Davis returns to SMU after three all-league nods with the Mustangs. Now the

The A10 contenders have high hopes this year. Dayton returns its breakout starting five

while SLU sports one of the country’s best offensive trios. The stakes will be plenty high

in Fayetteville last season. Expect another hostile environment at Bud Walton Arena this

A rematch of last year’s Pac-12 championship, there could be plenty up for grabs when

the Wildcats and Bruins meet in Los Angeles at Pauley Pavilion for a late-season tussle.

Thad Matta is nearly two decades removed from coaching his last game with Xavier. After

a five-year coaching hiatus, Matta is back on the sidelines to rejuvenate the Butler program.

Will this be the matchup that decides the Big Ten title race? Regardless, there will inevitably be a lot on the line for both teams on the final day of the regular season.

Big Dance. Now, the Tigers look to play spoiler again for Houston, who could be hunting