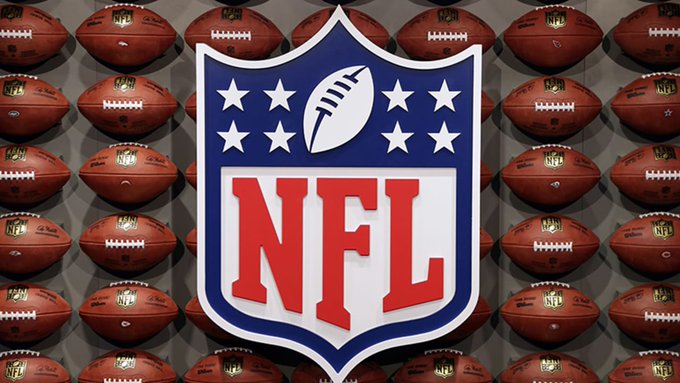 Like a poem written by Steve Sabol and narrated by John Facenda, complete with a score composed by Sam Spence, the 2021 NFL season somehow continues to get better as it rolls along.

Week 3 featured five games decided in the final minute of regulation or overtime. One of those contests ended with the longest field goal in NFL history, JUSTIN TUCKER’s 66-yarder to lift Baltimore. Eleven of 16 games in Week 3 were within one score (eight points) in the final quarter.

What’s in store for Week 4? Take a deep breath.

For starters, this week features a clash of undefeated NFC West rivals in Los Angeles, and TOM BRADY and ROB GRONKOWSKI returning to New England, where Brady needs 68 passing yards to break the NFL’s career record. ANDY REID returns to Philadelphia with an opportunity to become the first coach in NFL annals to win 100 games with one franchise and 100 with another.

If that’s not enough, how about a pair of resurgent division leaders, the CAROLINA PANTHERS (3-0) and DALLAS COWBOYS (2-1), at AT&T Stadium, or two of the most prolific passers in league history, BEN ROETHLISBERGER and AARON RODGERS, at Lambeau Field?

The week begins Thursday night with a primetime matchup of the last two No. 1 overall selections in the NFL Draft, JOE BURROW and TREVOR LAWRENCE, and it ends on Monday night when the head-turning LOS ANGELES CHARGERS (2-1) host the LAS VEGAS RAIDERS (3-0), off to their best start in 19 years.

Intermission is over, so get to your seats. Dim the house lights and cue the orchestra. Here comes Week 4.

LATE-GAME DRAMA: Through Week 3, NFL teams have scored the winning points in the final minute of the fourth quarter or in overtime on 11 occasions. Just one other year has produced more such games at this point of a season.

The seasons with the most games in which the winning points were scored in the final minute of the fourth quarter or in overtime through three weeks:

WORKING OVERTIME: For the first time since 2018, at least one NFL game has gone to overtime in each of the season’s first three weeks. The league has had overtime games in each of the first four weeks of a season on only four occasions: 2018, 2002, 1983 and 1979.

WILD, WILD NFC WEST: Five teams, including four that missed the playoffs last year (Arizona, Carolina, Denver and Las Vegas) are 3-0. Two of the undefeated teams are NFC West rivals that will meet at SoFi Stadium, where the ARIZONA CARDINALS (3-0) travel to clash with the LOS ANGELES RAMS (3-0) on Sunday (4:05 PM ET, FOX). Arizona is tied for the league lead with 34.3 points per game, while the Rams rank third with 31.7.

The players with the most touchdown passes in their first four starts with a franchise since 1950:

For Brady, selected by the Patriots in the sixth round (199th overall) of the 2000 NFL Draft, his first return trip to New England figures to be historic. Brady, who enters the week with 80,291 career passing yards, needs just 68 more to break the NFL’s career record, held by DREW BREES (80,358).

Brady’s former head coach, the Patriots’ BILL BELICHICK, has not lost to the Buccaneers since Sept. 3, 2000. Brady and Belichick in 20 years with the Patriots (2000-19) won six Super Bowls and 17 division titles. Their combined 249 wins, including postseason, is the most ever by a coach and starting quarterback duo.

Quarterbacks in their first starts against head coaches with whom they won a Super Bowl in NFL history:

Gronkowski, selected by the Patriots in the second round (42nd overall) of the 2010 NFL Draft, ranks first in New England history with 79 touchdown receptions, second with 7,861 receiving yards and fifth with 521 career receptions.

STIFF TEST ON TAP FOR COWBOYS: Four games this week feature two teams with at least two wins, including the CAROLINA PANTHERS (3-0) at the DALLAS COWBOYS (2-1) on Sunday (1:00 PM ET, FOX).

DERBY CITY PIPELINE: Starting quarterbacks from the University of Louisville, both first-round draft choices selected 32nd overall, will lead their teams when the BALTIMORE RAVENS (2-1) meet the DENVER BRONCOS (3-0) on Sunday (4:25 PM ET, CBS). Baltimore’s LAMAR JACKSON, selected at the end of the first round by the Ravens in 2018, and Denver’s TEDDY BRIDGEWATER, taken by the Vikings to close the first round in 2014, both hail from South Florida.

LEGENDS AT LAMBEAU: Sunday’s game between the PITTSBURGH STEELERS (1-2) and the GREEN BAY PACKERS (2-1) at Lambeau Field (4:25 PM ET, CBS) is significant because it comes more than a decade after starting quarterbacks BEN ROETHLISBERGER and AARON RODGERS met in Super Bowl XLV. This week’s contest will mark the first time two starting quarterbacks have met 11-or-more seasons after a Super Bowl matchup. Prior to this week, the longest stretch was 10 years, when Roethlisberger and MATT HASSELBECK met on Dec. 6, 2015, 10 years after they squared off in Super Bowl XL.

ALLEN WRENCH: The BUFFALO BILLS (2-1) host the HOUSTON TEXANS (1-2) on Sunday (1:00 PM ET, CBS) in a rematch of an exciting 2019 Wild Card playoff. In that contest, Buffalo quarterback JOSH ALLEN put the Bills on the board by catching a 16-yard touchdown pass and wound up with 92 rushing yards and 264 passing yards, but Houston stormed back with timely plays, including a fourth-quarter sack and forced fumble by the Texans’ WHITNEY MERCILUS, and Houston prevailed in overtime, 22-19.