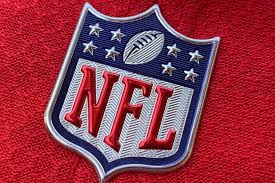 As the NFL approaches the halfway marker of its 2021 regular season, teams are proving again and again that what matters most is not how you start.

It’s how you finish.

On 37 occasions this season, a team has trailed in the fourth quarter and come back to win, including eight of 15 games this past weekend. The eight teams – Dallas, Kansas City, New England, New Orleans, the New York Jets, Pittsburgh, San Francisco and Tennessee – to accomplish the feat in Week 8 mark the most in a single week since nine teams did it in Week 1 of 2016. Three teams – Baltimore, Tennessee and the Los Angeles Chargers – have three wins this season after trailing in the fourth quarter.

Through eight weeks of any previous NFL season, only the 2012 campaign (38) had more fourth-quarter comebacks.

The most victories by teams that trailed in the fourth quarter through Week 8 in NFL history:

This season, 31 games have been decided with a score in the final two minutes of regulation or in overtime, tied with 2012 for the most such late-game thrillers in NFL history through Week 8.

Through eight weeks, 26 games have featured a game-winning score in the final minute of the fourth quarter or in overtime, tied with 2015 for the most ever at this point in a season.

INTERCONFERENCE MATCHUPS HIGHLIGHT WEEK 9: Week 9 features eight interconference matchups, the first time since Week 3 of the 2018 season (eight) that there have been at least eight games in a single week featuring both an AFC and NFC team.

Three of the interconference matchups feature two teams that were each in the postseason last year:

UNPRECEDENTED WEEKEND FOR QUARTERBACKS IN FIRST STARTS: This past weekend, both MIKE WHITE of the Jets and COOPER RUSH of the Cowboys led their teams to dramatic, fourth-quarter comeback wins. It marked the first NFL weekend since at least 1950 in which multiple quarterbacks making their first NFL starts won their games while each passing for 300-or-more yards.

The ARIZONA CARDINALS (7-1), who are tied with the Rams for the league’s best road record (4-0), travel to meet the SAN FRANCISCO 49ERS (3-4) on Sunday (4:25 PM ET, FOX). Arizona has road victories this year over the Titans, Jaguars, Rams and Browns, and each of those road victories has been by at least 12 points.

PACKERS WINNING TURNOVER MARGINS, TOO: The GREEN BAY PACKERS (7-1) face a road test against the KANSAS CITY CHIEFS (4-4) on Sunday (4:25 ET, FOX). The Packers enter the game with a share of the league’s best record (7-1), the league’s longest active winning streak (seven) and a few other impressive feats.

The teams with the longest streaks of regular-season wins and positive turnover margins in NFL history:

The head coaches with the most wins over their first 40 regular-season NFL games:

KUPP BIDS TO JOIN ELITE COMPANY: When the LOS ANGELES RAMS (7-1) host the TENNESSEE TITANS (6-2) on Sunday Night Football (8:20 PM ET, NBC), keep your eyes on COOPER KUPP. The Rams’ wide receiver has an opportunity to join four Pro Football Hall of Famers (DON HUTSON in 1942, ELROY “CRAZY LEGS” HIRSCH in 1951, RAYMOND BERRY in 1960 and JERRY RICE in 1990) as the only players to reach 1,000 receiving yards and 10 touchdown catches over the first nine games of a team’s season in NFL history.

BIG O IN BIG D: The DALLAS COWBOYS (6-1) return home to face the DENVER BRONCOS (4-4) on Sunday (1:00 PM ET, FOX). The last time the teams met in Dallas, Oct. 6, 2013, Cowboys quarterback TONY ROMO and Pro Football Hall of Famer PEYTON MANNING combined to throw for 920 yards and nine touchdown passes. Each team erased a deficit of at least 14 points before Denver prevailed, 51-48, on a field goal by MATT PRATER as time expired.

The teams to average the most yards per game through Week 8 since 1970:

The Saints’ record against quarterbacks currently ranked in the top 10 of the NFL’s all-time leaders in passing yards, including the postseason, since 2006:

BILLS LEAD LEAGUE ON BOTH SIDES OF BALL: The BUFFALO BILLS (5-2) lead the NFL in both points scored per game (32.7) and fewest points allowed per game (15.6). Only two teams since the league merger in 1970 have finished a season leading the NFL in both categories: the 1972 MIAMI DOLPHINS and 1996 GREEN BAY PACKERS.