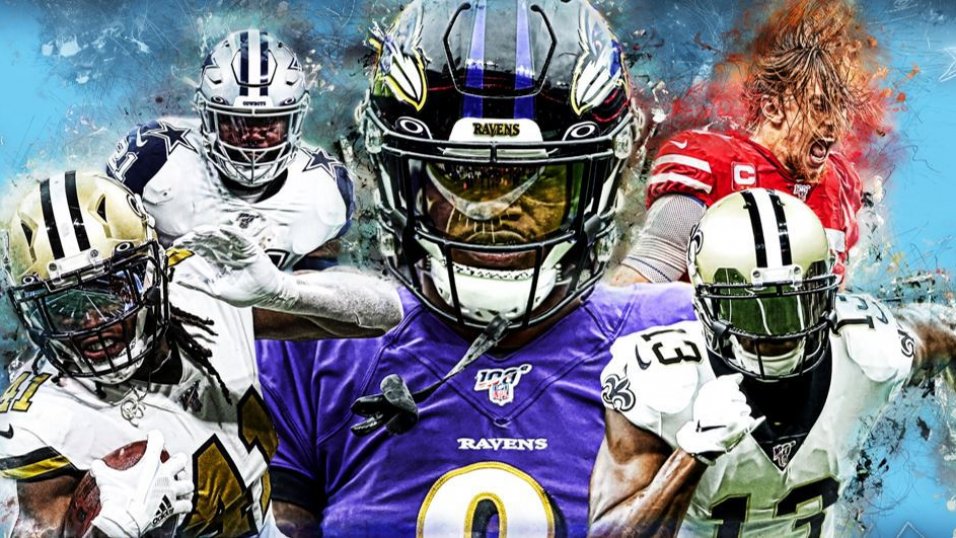 “Life starts all over again,” wrote F. Scott Fitzgerald, “when it gets crisp in the fall.”

And this fall in the National Football League, that initial autumn breeze means an enhanced 18-week, 272-game regular-season schedule. Each team is playing 17 regular-season games for the first time, providing fans an extra week of action. It marks the first change to the season structure since the 1978 campaign ushered in an era of 16 regular-season and four preseason games.

Life starting all over again also means 32 clubs are tied for first place, and that means every NFL coach, player and fan has insatiable hope. Why so much hopeful optimism entering 2021?

The team currently challenged with breaking that streak, the TAMPA BAY BUCCANEERS, will kick off the NFL’s 102nd season on Thursday when the defending champions host the DALLAS COWBOYS (8:20 PM ET, NBC). In that game, quarterback TOM BRADY needs 300 passing yards to join DREW BREES (123 games) as the only players with at least 100 career games of 300-or-more passing yards in NFL history. Brady enters Thursday with 99 such games.

The Buccaneers, Cowboys and 30 other teams enter 2021 with one goal in mind: A trip to SoFi Stadium in Los Angeles and Super Bowl LVI on Feb. 13.

ROOKIE RESPECT: In 13 consecutive seasons, at least one rookie quarterback has started a Week 1 game, the longest streak in the NFL since at least 1950.

YOUTH MOVEMENT IN AFC EAST: All four quarterbacks expected to start for their AFC East teams this weekend, including TUA TAGOVAILOA (23 years old) and MAC JONES (23) in New England on Sunday (4:25 PM ET, CBS), are under the age of 26 to open the season. If JOSH ALLEN (25) starts for Buffalo and ZACH WILSON (22) opens for the Jets, it will mark the first time in 36 years that four starting quarterbacks in the same NFL division were under the age of 26 at the start of a season. In 1985, TONY EASON (25) of New England, Pro Football Hall of Famer DAN MARINO (23) of Miami, KEN O’BRIEN (24) of the Jets and ART SCHLICHTER (25) of Indianapolis began the year under center in the AFC East. The Dolphins, Jets and Patriots reached the playoffs that season, and New England earned a berth in Super Bowl XX.

CONSISTENTLY PRODUCTIVE: When Green Bay meets New Orleans for a Sunday showdown between 2020 NFC division winners (4:25 PM ET, FOX, in Jacksonville), two of the NFL’s most consistently productive players will be in action. Only six individuals have rushed for at least 700 yards in each of the past three seasons (2018-20), including the Packers’ AARON JONES and the Saints’ ALVIN KAMARA.

The players with at least 700 rushing yards in each of the past three seasons:

PLAYOFF TEAMS FACE OFF: That Packers-Saints contest is one of five games on the Week 1 docket featuring two teams that qualified for the 2020 playoffs.

REIGNING ROOKIES OF THE YEAR: For the second straight season and fourth time in NFL history, the defending Associated Press rookies of the year will clash on Kickoff Weekend. At FedExField on Sunday (1:00 PM ET, CBS), 2020 Offensive Rookie of the Year JUSTIN HERBERT will lead the Chargers against 2020 Defensive Rookie of the Year CHASE YOUNG and Washington. Last season, Herbert recorded the most touchdown passes (31) and most completions (396), and second-most passing yards (4,336) by a rookie quarterback in NFL history. Young, meanwhile, led all rookies with 7.5 sacks and 10 tackles for loss, and tied for the lead among rookies with four forced fumbles.

The five oldest individuals to play in a season-opening game, since 1932:

RAVING ABOUT THE RAVENS: The LAS VEGAS RAIDERS also welcome fans to their home, Allegiant Stadium, for the first time, hosting the BALTIMORE RAVENS on Monday Night Football (8:15 PM ET, ESPN/ABC). Since 2016 in Week 1 games, Baltimore is 5-0 and has outscored its opponents 177-26. The Ravens haven’t allowed more than 10 points in any of those five Kickoff Weekend games.

OPTIMISTIC STATE OF MIND: New leaders and new outlooks will dot the NFL’s landscape this weekend.