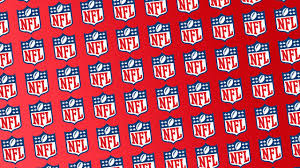 The only certain aspect of the National Football League might be its electrifying uncertainty.

Just ask the LAS VEGAS RAIDERS, who overcame a 14-point deficit to beat Baltimore, 33-27, in just the second Week 1 overtime game in the history of Monday Night Football. After tying the game three times in the fourth quarter, including a 55-yard DANIEL CARLSON field goal at the end of regulation, the Raiders did not hold an official lead until ZAY JONES caught a 31-yard touchdown from DEREK CARR to stamp an exclamation point on one of the most thrilling kickoff weekends in league annals.

And ask the KANSAS CITY CHIEFS, who trailed by 12 at halftime before storming back to win, 33-29, over Cleveland.

So, amid that uncertainty, also be certain of this: NFL teams are never out of games and no lead is safe.

The excitement is palpable. Stay tuned for the encore. Here comes Week 2.

MVP vs. MVP: Two of the past three NFL MVPs – PATRICK MAHOMES (2018) and LAMAR JACKSON (2019) — will battle on Sunday Night Football when the KANSAS CITY CHIEFS (1-0) travel to play the BALTIMORE RAVENS (0-1) at M&T Bank Stadium (8:20 PM ET, NBC). The perennial AFC playoff teams are meeting for a fourth straight season, with Kansas City winning each of the past three.

HOLDING ALL THE CARDS: On the heels of an impressive Kickoff Weekend win at Tennessee, the ARIZONA CARDINALS (1-0) open their home schedule on Sunday against the MINNESOTA VIKINGS (0-1) at State Farm Stadium (4:05 PM ET, FOX).

PICKING UP WHERE THEY LEFT OFF : NFL teams in 2020 combined to score 12,692 total points and 1,473 total touchdowns, both the most ever in a single season. Last week, the league combined for 90 touchdowns, tied with 2019 for the most through the first weekend in NFL history.

NOTHING COULD BE FINER THAN TO BE IN CAROLINA: A pair of NFC South rivals, the NEW ORLEANS SAINTS (1-0) and CAROLINA PANTHERS (1-0), will clash at Bank of America Stadium in Charlotte on Sunday (1:00 PM ET, FOX). The contest features two of the more exciting running backs in the league, ALVIN KAMARA of the Saints and CHRISTIAN MCCAFFREY of the Panthers, each of whom entered the league in 2017.

The players with the most scrimmage yards since 2017:

YOUNG GUNS SQUARE OFF AT METLIFE: The NEW ENGLAND PATRIOTS (0-1) have a date with the NEW YORK JETS (0-1) on Sunday (1:00 PM ET, CBS) at MetLife Stadium. When the Patriots’ MAC JONES and the Jets’ ZACH WILSON go under center, it’ll mark the earliest in a season since 2015 – when JAMEIS WINSTON and the Buccaneers opened the season at home against MARCUS MARIOTA and the Titans – that rookie starting quarterbacks drafted in the first round will meet in a game.

SPEAKING OF DIVISIONS : Both the AFC West and NFC West are unblemished after Week 1. It’s the first time since the 1970 merger that two divisions are undefeated after the first week. Since the league realigned to eight four-team divisions prior to the 2002 season, only the 2002 AFC West and 2015 AFC East had opened a season 4-0.

PRESCOTT-HERBERT ANCHORS LATE-AFTERNOON WINDOW: A pair of former Associated Press Offensive Rookies of the Year, Dallas quarterback DAK PRESCOTT and Chargers quarterback JUSTIN HERBERT, square off Sunday (4:25 PM ET, CBS) when the Chargers host fans at SoFi Stadium for the first time in a regular-season game. Prescott has thrown for at least 400 yards in four of his past five starts while Herbert has guided the Chargers to five consecutive wins, dating back to last season.

The nine quarterbacks to win Associated Press Offensive Rookie of the Year:

THE WAY THEY ALL BECAME THE BRADY BUNCH: The TAMPA BAY BUCCANEERS (1-0) own a nine-game winning streak, including the postseason, entering Sunday’s game vs. the ATLANTA FALCONS (0-1) at Raymond James Stadium (4:05 PM ET, FOX). Over their last eight games in that streak, the Buccaneers are 8-0, scoring 30-or-more points in each game. Including the postseason, only two other teams in league history have won eight straight contests and scored at least 30 points in each, the 2007 and 2010 NEW ENGLAND PATRIOTS. Tampa Bay can establish the longest such streak in NFL history with a ninth straight win and 30-plus points on Sunday.

SEATTLE’S BEST: The SEATTLE SEAHAWKS (1-0) host an interconference matchup against the TENNESSEE TITANS (0-1) on Sunday (4:25 PM ET, CBS). Seattle quarterback RUSSELL WILSON is 99-45-1 in 145 regular-season starts and this week can become the second quarterback in NFL history to win 100 regular-season starts in his first 10 seasons. Only Pro Football Hall of Famer PEYTON MANNING (105 wins) has more.

FIGHT FOR CALIFORNIA: The GREEN BAY PACKERS (0-1) host the DETROIT LIONS (0-1) on Monday Night Football (8:15 PM ET, ESPN). The last time the Packers opened their home schedule on a Monday night was Sept. 8, 2008, when quarterback AARON RODGERS made his first NFL start, a 24-19 victory over the Vikings.