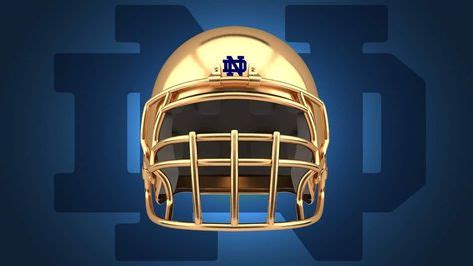 SERIES HISTORY • Notre Dame and Southern Cal are meeting for the 93rd time on Saturday night with the Irish owning a 50-37-5 lead in the series. • The Fighting Irish – Trojans series is the greatest intersectional rivalry in college football, dating back to 1926, with only a three-year hiatus for World War II (1943-45) and one year off for the 2020 COVID-19 pandemic affected season. • Southern Cal leads the all-time series 23-20-4 in the Los Angeles Memorial Coliseum, a venue Notre Dame has not visited since 2018. It was SC’s turn to host the game in 2020, which was canceled due to the Pac-12’s elimination of non-conference games due to the COVID-19 pandemic. • The Notre Dame – Southern Cal series was a back-and-forth battle throughout its early years, then transformed into a pattern of one-sided runs by both teams in the 1940s. The Irish earned 18 victories in the 24 series meetings from 1940-1966 and the Trojans answered with 12 victories in 16 meetings between 1967 and 1982. Notre Dame then began the ‘Decade of Dominance’ in 1983, winning 11 meetings in a row and 12 of 13 games through 1995. After the two teams split six meeting between 1996 and 2001, Southern Cal put together eight consecutive wins until the streak was broken in 2010. Including that 2010 victory, Notre Dame has won eight of the last 11 meetings over Southern Cal. • As is the history of the Notre Dame – Southern Cal series, this weekend’s game will play a major role in deciding the National Championship hopes of at least one of the competing teams. Notre Dame victories in 1947, 1966 and 1988 solidified their championship hopes while the Irish spoiled SC title dreams in 1968, 1969 and 1973. Southern Cal was propelled to titles by wins over Notre Dame in 1931, 1967 and 1978, while the Trojans spoiled Irish championship hopes in 1938, 1948, 1964 and 1970. See page 15 for more information. • Introduced in 1952, Notre Dame and Southern Cal battle for the Jeweled Shillelagh. A rivalry trophy presented annually to the winner of the game, a respective jeweled ornament is added to the Irish war club for each team’s victory in the series – a ruby-red Trojan head for SC, a emerald-studded shamrock for Notre Dame. The original Jeweled Shillelagh was retired in 1995 and is permanently displayed at Notre Dame, while a new longer club was introduced that same year. • Saturday will mark the third time two first-year coaches will meet each other in the legendary series. In 1954, Terry Brennan defeated Jess Hill 23-17 in Notre Dame Stadium as one of the signature victories of his first season with the Irish and in 2010, Brian Kelly’s first Notre Dame team defeated Lane Kiffin’s inaugural Trojan squad 20-16 in the Coliseum.

STORYLINES • Southern Cal looks to strengthen its claim for a CFB Playoff berth, while Notre Dame hopes to claim its 10th win in 11 games and earn its fourth victory over a top-25 team as the No. 5/5 Trojans play host to the No. 13/15 Fighting Irish in Los Angeles Memorial Coliseum. • Notre Dame is facing its third top-five team of the season for the first time since 2003. The Irish also are looking to claim their second victory over a top-five ranked team since 1993 when Notre Dame defeated No. 3 Michigan 27-23 in Michigan Stadium and No. 1 Florida State 31-24 at home. • Since 1998, Notre Dame has made the trip west to California on Thanksgiving weekend to face either Southern Cal or Stanford (save for the COVID-19 season in 2020 when the defeated North Carolina on the road). Notre Dame is 9-14 since 1998 during its Thanksgiving California trips and has won three in a row (2018 at SC, 2019 at Stanford, 2021 at Stanford). • Notre Dame hopes to claim two-consecutive victories over Southern California in Los Angeles Memorial Stadium for he first time since 2010-12. The Irish posted five straight wins after visits to SC from 1984-92. • From 1965-80 Notre Dame and Southern Cal met as ranked foes 14 times, including nine-straight meetings with both teams in the Associated Press Top 25. The two teams best seasons in the last couple of decades have not match up, however, and Saturday represents the first ranked match up between the two teams since 2017 (No. 13 Notre Dame defeated No. 11 SC 49-14 in Notre Dame Stadium) and the first in Los Angeles since 2006 (No. 3 SC defeated No. 6 Notre Dame 44-24 in the Coliseum).

IRISH ITEMS – BY THE NUMBERS

The Irish are looking to earn their fourth win over a AP Top 25 team this season. The

that feat for just the second time in 134 years of football (1943). The Irish have never

Junior defensive end Isaiah Foskey has sacked the quarterback 5.5 times in the

this season. The Irish blocked a punt in five-conseutive games (the streak ended

against Boston College), which is the longest such stretch in the FBS since 2012. The

seven blocked punts are the most for a Power Five team since 2008.

rushing, one receiving) and has scored at least once in the last six games. Over that

Cal and 3-2-1 in L.A. Memorial Colsieum against the Trojans. The top-ranked Irish

Notre Dame has won 19 games in a row in the month of November, which dates

– peaking at 40:55 of possession time against BYU. The Irish were held under 30

103 in his career, will match Kurt Hinish’s Notre Dame record by appearing in his 61st

game at Notre Dame this weekend.

time the Irish have surpassed 200 yards rushing this season. Notre Dame is 105-10

in a career last weekend against Boston College. The greatest statistical tight end in

school history, Mayer is on pace to become just the fourth Notre Dame player with