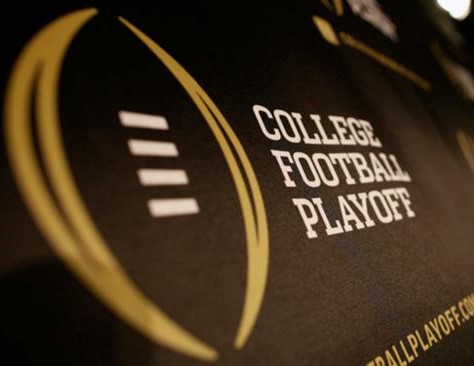 BIG POINTS vs. THE SEC:Last season, Alabama defeated Kentucky by a 60-point margin with a final score of 63-3 on Nov. 21, 2020. The win against the Wildcats was the Crimson Tide’s seventh 50-plus point victory over a Southeastern Conference opponent under head coach Nick Saban. For perspective, since Saban’s arrival in 2007, the rest of the SEC has only combined for seven 50-point victories in league play over that span.

DOMINATING THE AP TOP 25: Alabama’s season-opening win over No. 14/16 Miami in the 2021 Chick-fil-A Kickoff Game was head coach Nick Saban’s 22nd career win by 25-plus points against a ranked opponent. Saban is the all-time leader for the most wins by 25-plus points in the Associated Press Poll era (since 1936), passing Bobby Bowden’s previous record of 20. Saban is also the NCAA record holder with 22 career wins of 20-plus points against AP top-15 opponents, 19 of which have come at Alabama.

ALABAMA IN THE AP POLL: Alabama’s No. 1 ranking in the most recent Associated Press Poll on Sept. 26 marked the 218th consecutive week that the Crimson Tide has appeared in the poll. That streak is the longest active streak in college football. The 218 weeks more than doubles second-place Clemson with the Tigers appearing in the poll for 107 consecutive weeks. Ohio State previously held the second-longest streak behind the Crimson Tide but did not appear in the Week 2 iteration of the 2020 poll. Prior to their absence, the Buckeyes had appeared in the AP rankings for 132 straight weeks. Alabama’s 218 straight weeks tops the Crimson Tide’s previous program-long streak of 71 straight weeks under head coach Gene Stallings in the mid-1990s.

ALABAMA IN THE AP SINCE 2008: Alabama began the 2008 season at No. 24 in the Associated Press Preseason Poll. The Crimson Tide opened the year with a dominant 34-10 win over then-No. 9 Clemson in Atlanta, and since that win over the Tigers, UA has not been ranked lower than No. 17 in 215 polls that have followed. According to College Poll Archive, the Tide has now spent 96.3 percent of the 12-plus years ranked in the top 10. A whopping 87.2 percent of that time Alabama has been ranked in the top five. The Crimson Tide has also been ranked No. 1 a total of 104 times since 2008. Only 13 other teams have earned the No. 1 ranking over that time, with the second-most appearances coming from Clemson at 23.

MORE THAN A DECADE AT NO. 1: With Alabama’s Aug. 16, 2021 preseason ranking at No. 1, the Crimson Tide has been ranked No. 1 in the Associated Press poll at least once each season since 2008. The 14-year streak is the longest in the history of the AP rankings. The previous long streak was seven seasons by Miami (Fla.) from 1986-92.

SABAN AT NO. 1: Entering the Ole Miss contest, Alabama head coach Nick Saban has coached the most games as the Associated Press Poll’s No. 1 team among active head coaches. Saban has coached 91 games as the nation’s top-ranked team, which is 70 more games than second-place Dabo Swinney, who has totaled 21 games at No. 1. The third coach on the list is Texas A&M’s Jimbo Fisher who coached 10, all coming during the 2013-14 seasons at Florida State.

This is the 69th meeting all-time between Ole Miss and Alabama. • The Crimson Tide holds a 55-10-2 series lead … The original series record is 56-10-2 with both teams having wins taken away due to NCAA rulings. • Ole Miss is 65-166-2 all-time versus ranked opponents … Ole Miss’ last win over a ranked opponent was a 26-20 win over No. 7 Indiana last season in the Outback Bowl. • The Rebels check in at No. 12 in both the AP Top 25 and the Coaches Poll. • It is the best ranking for a Rebel squad since week seven of the 2016 season when Ole Miss was also ranked No. 12. • The Rebels rank top 10 in the country in five separate categories: scoring offense (52.7), total offense (635.3), rushing offense (298.7), turnovers lost (2) and fourth down conversion (0.857). • Ole Miss has scored on the opening drive in 9-of-13 games under head coach Lane Kiffin (8 TD, 1 FG). • The Rebels possess a balanced offensive attack … Ole Miss is averaging 298.7 rush yards per game and 3.7 TDs per game, while also averaging 339.7 pass yards per game with 3.0 pass TDs per game. • Matt Corral has thrown a touchdown pass in 15 straight games, the third-longest streak in school history … He trails only Chad Kelly (22) and Eli Manning (16). • Corral leads the SEC and currently ranks No. 3 in the FBS in total offense (385.0 ypg). • Dating back to last season, Dontario Drummond has tallied eight straight games in which he’s recorded a touchdown reception … He’s the first Rebel to accomplish that feat since at least 1965.

CRIMSON TIDE SCOUTING REPORT Alabama is 4-0 on the season and is ranked No. 1 in both the AP and Coaches polls this week. The Crimson Tide have scored over 44 points in three of their four games so far this season, including a 63-14 performance against Southern Miss last week. Alabama faced an early season test in the Swamp two weeks ago, defeating No. 9 Florida 31-29. Bryce Young has taken over at quarterback after the departure of the first round draft pick and Patriots starting quarterback Mac Jones. Along with Jones’ departure, the Crimson Tide have had to repalce key offensive weapons including the 2020 Heisman winner DeVonta Smith and running back Najee Harris. Young ranks first in the SEC and fifth nationally in passing efficiency (188.5) and leads the conference with 15 passing TDs. His top targets include Ohio State transfer Jameson Williams and John Metchie. Williams paces the Tide with 299 yards and three touchdowns and also serves as a weapon on special teams, averaging 119.0 all purpose yards per game. Redshirt senior Brian Robinson Jr. leads the rushing attack, averaging nearly 70 yards per game; however, Jase McClellan handled the majority of the workload against Southern Miss while Robinson dealt with and injury. Defensively, the Tide is allowing 288.8 yards per game and holding opponents to 17.5 points per game. Linebackers Henry To’oTo’o and Christian Harris lead the defense with 25 and 24 tackles, respectively