PURDUE VOLLEYBALL: FALLS 0-3 AT NO. 4 LOUISVILLE 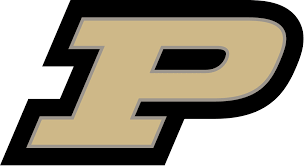 A sound Cardinal defense led to Purdue’s lowest hitting % of the season (.189%) while Louisville produced to most efficient offense (.317%) by an opponent since the Spring 2021 season’s opening weekend at Wisconsin.

Eva Hudson led the team with 17 kills, leading both teams while adding eight digs and one ace. Meanwhile, Raven Colvin led in efficiency, hitting .500 with eight kills on 14 swings with one error.

Purdue will be back in action tomorrow vs. Xavier at 4 p.m. ET. The match will be streamed on FloVolleyball.

Emma Ellis recorded a season-high 10 kills, the most kills since last season when she set a career-best 15 at Maryland (11/5/21)

Despite Purdue having set point at 24-19, Louisville went on a 9-1 run to finish the match in three