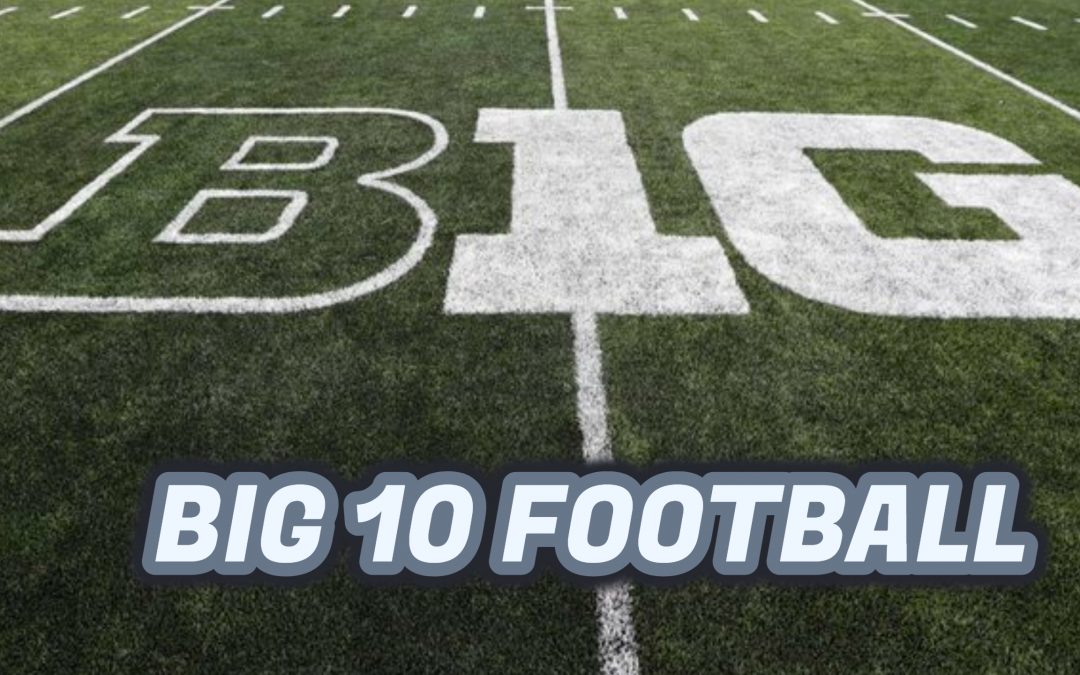 • All 14 Big Ten schools will be in action this Saturday, highlighted by four teams hosting nonconference opponents in their home openers: Indiana, Michigan State, Ohio State and Penn State. The complete Week 2 schedule appears to the right.

• Four Big Ten teams appear in the AP Poll this week. Ohio State leads the conference at No. 3, followed by No. 10 Iowa, No. 11 Penn State and No. 18 Wisconsin. Michigan and Northwestern are both receiving votes.

• No. 3 Ohio State welcomes No. 12 Oregon to Columbus for a top-15 matchup on Saturday at noon ET on FOX. This marks the first meeting between these teams since the Buckeyes claimed the inaugural CFP National Championship with a 42-20 victory on Jan. 12, 2015, and the 10th meeting overall. Ohio State has won 23 straight home games, which is the longest streak by a Big Ten team since the Buckeyes’ school-record 25-game streak from 1972-76.

• In his first career start, quarterback C.J. Stroud finished 13-of-+22 passing for 294 yards and four touchdowns, leading Ohio State to a 45-31 season-opening win over Minnesota on the road last Thursday. His scoring tosses went for 38, 56, 70 and 61 yards. One of Stroud’s favorite targets on Thursday was senior wide receiver Chris Olave, who caught four passes for 127 yards and two touchdowns. It was the seventh multi-TD game of Olave’s career and moved him into a tie for fifth place in school history in career touchdown receptions with Brian Robiskie (24).

• Iowa’s Riley Moss became just the third player in school history to return two interceptions for touchdowns in a single game in the Hawkeyes’ 34-6 win over Indiana on Saturday. He had a 30-yard interception return to give Iowa a 14-0 advantage in the opening minutes of the game. Moss collected his second touchdown in the final minutes of the second quarter, returning the pick 55 yards for the score. Moss currently leads the country with two interceptions returned for touchdowns.

• Michigan State running back Kenneth Walker III rushed for a career-high 264 yards – the seventh-highest total in school history – and scored a career-high four touchdowns to lead the Spartans past Northwestern, 38-21, on Sept. 3 at Ryan Field. It marked the most rushing yards by a Spartan in a debut wearing the Green and White. Walker is also the first Big Ten running back with 250-plus rushing yards and four rushing TDs in a single game since Melvin Gordon (Wisconsin) in 2014. The junior currently leads the nation in rushing and is tied for first in rushing touchdowns.

• All six of the New Year’s Six bowl games have had a chance to host a semifinal game twice with the Rose Bowl and Sugar Bowl doing so three times. This year, the Cotton and Orange Bowls will serve as semifinal games. Last year, Alabama became the second-straight No. 1 seed to win the playoff. The No. 1 seed did not win a title in the first five years, while the No. 2 seed has won it three times and the No. 4 seed has won it twice. The No. 3 seed has won just three playoff games in seven years, with Ohio State winning one of those last season.

• The 2021 campaign features 120 All-Big Ten honorees (first-, second-, third-team or honorable mention) selected by either the coaches or the media last season. Iowa and Ohio State lead the West and East Divisions, respectively, each welcoming back 14 All-Big Ten honorees this season. The talent is split evenly as 60 of the returning all-conference players hail from both the East and West Divisions. Each team returns at least three All-Big Ten performers.

• Ohio State was crowned 2020 Big Ten Champion after its 22-10 win against Northwestern in the Big Ten Championship Game presented by Discover on Dec. 19 at Lucas Oil Stadium in Indianapolis. It was the Buckeyes’ 39th Big Ten title and fourth in as many years.

• Northwestern and Ohio State will look to repeat as division champions this season, as the Buckeyes finished 5-0 to win the East Division and the Wildcats finished atop the West Division standings at 6-1 in conference play.