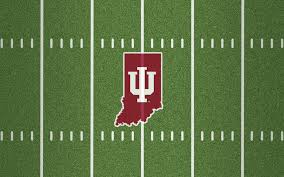 KEEP AN EYE ON:

7.6%…. Indiana gained 10 yards or more on just 7.6% of the rushing attempts, the second lowest rating in the Big Ten.

*They overachieved last season, but they have been overachieving for some time now….

*Indiana doesn’t play scared of anyone, including Ohio State….

*The coaching staff continues to recruit the right kind of players…

*QB Michael Pennix Jr. is a difference maker and how he looks going into the fall will be a key for this offense….

*They added some key transfers to make up for the loss of some very good players….

Indiana had an historic season in 2020, including wins over Penn State, Michigan and Michigan State for the first time in their history. There are many who will continue to doubt Coach Tom Allen, despite returning 17 starters, including quarterback Michael Penix Jr. and third – team All – America linebacker Michael McFadden.

Coach Allen is the real deal with his enthusiasm and it has rubbed off on his players.

Penix is a proven playmaker and has improved as a passer. He is solid in his accuracy and his decision-making continues to improve. The biggest concern is whether he can stay healthy or not. He missed spring football while recovering from a torn ACL. Coach Allen expects him to be ready in August.

The running game looks promising with Tim Baldwin Jr. set to replace Stevie Scott III. Baldwin averaged 6.4 yards per carry on 22 attempts playing behind Scott last season. Sampson James is another promising prospect, but only carried the football 32 times in 2020.

Indiana’s receiving corp is one of the top in the Big Ten. Ty Fryfogle emerged as a top threat averaging 19.5 yards per catch while having two hundred – yard games against Ohio State and Michigan State. Sophomore Miles Marshall had an outstanding spring and is expected to be a starter this season. Indiana is counting on TE Peyton Hendershot to return to his form of 2019 in which he had 52 receptions for 622 yards.

Indiana’s offensive line ranked 12th in the Big Ten in rushing, averaging only 3.3 yards per carry. For starters return, including right tackle Matt Bedford. Zach Carpenter, who played at Michigan last season, could start at guard or center. Either way, there must be improvement upfront.

Indiana will have a new defensive coordinator in Charlton Warren. Warren coached at Georgia last season and is expected to continue the 4 – 2 – 5 scheme that Coach Allen prefers.

Indiana’s defense will be helped by Mississippi transfer Ryder Anderson. James Head Jr. and Michael Ziemba will form a talented trio on the edge.

Linebacker Michael McFadden could arguably be the best linebacker. Indiana has had in several years. McFadden is the type of player that never takes a down off and is excellent from sideline to sideline. He will be joined by Cam Jones, who is a very fast and disruptive linebacker. Marcelino McCrary-Ball returns from a torn ACL and has 38 starts to his credit.

Taiwan Mullen is an excellent man – to – man corner and will make most opposing quarterbacks throw away from his direction. Reese Taylor and Jaylin Williams are also solid cornerbacks. Losing Jamar Johnson to the NFL created a hole at free safety. Raheem Layne is expected to return from injury to fill that spot.

The kicking duties will again be long to Charles Campbell, voted second – team All – Big Ten last season. He is a clutch kicker making three field goals from at least 50 yards. James Evans, a recruit from New Zealand, is expected to handle the punting duties. Devon Matthews returned punts at Florida State for three seasons and is expected to handle those duties now at Indiana. Look for David Ellis to handle the majority of kickoff returns.

Indiana is hoping to continue its momentum after a magical 2020 season. Tom Allen got a raise to nearly $5 million through the 2027 season and will have to re-create what the Hoosiers did last season. The opening game at Iowa will be a huge test for the Hoosiers, as will Road trips to Penn State, Michigan and Purdue. If Penix can stay healthy and the running game can improve, Indiana should be in the top 25 again this season and could potentially finish close to the top of the Big Ten East.