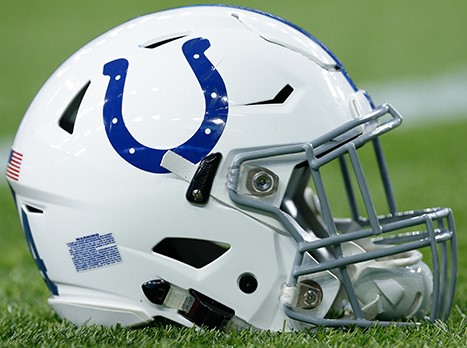 (AP) — The Indianapolis Colts are moving on from Carson Wentz after one season, sending him to a team he’s familiar with from his days in the NFC East.

The Colts agreed to trade Wentz to the Washington Commanders, according to a person with direct knowledge of the situation. The person spoke to The Associated Press on condition of anonymity Wednesday because the deal cannot be finalized until the start of the new league year next week.

It was not immediately clear what the Commanders gave up in their latest attempt to get a franchise quarterback. ESPN reported two third-round picks were involved.

Wentz, 29, has three years remaining on his contract with salary cap hits of $28.3, $26.2 and $27.2 million consecutively. The 2016 second overall pick of the Philadelphia Eagles spent just the 2021 season with Indianapolis, with the team going 9-8 and missing the playoffs.

This will be the sixth consecutive year the Colts will have a different opening day starter, though Jacoby Brissett took over when Andrew Luck missed the entire season in 2017 and again in 2019 when Luck abruptly announced his retirement in August.

While coach Frank Reich urged the Colts to acquire his former Eagles pupil 13 months ago and continued to support Wentz throughout the season and offseason, general manager Chris Ballard was less committed. In January, after Indy lost its final two games to miss the playoffs, he said he wanted to have a quarterback who could play 10 to 12 years, while acknowledging it doesn’t always work that way.

Last week, he told reporters at the NFL scouting combine he needed a quarterback he believed could be a long-term solution – before quickly explaining that didn’t mean he didn’t believe in Wentz.

Ron Rivera evidently does believe in Wentz. The move to acquire a former face of an NFC East rival is the once-storied franchise’s latest attempt to shore up a quarterback situation that has been in flux for decades.

Washington has started 12 different QBs since acquiring veteran Alex Smith from Kansas City in 2018. That includes Smith, who broke his right leg 10 games into his tenure there.