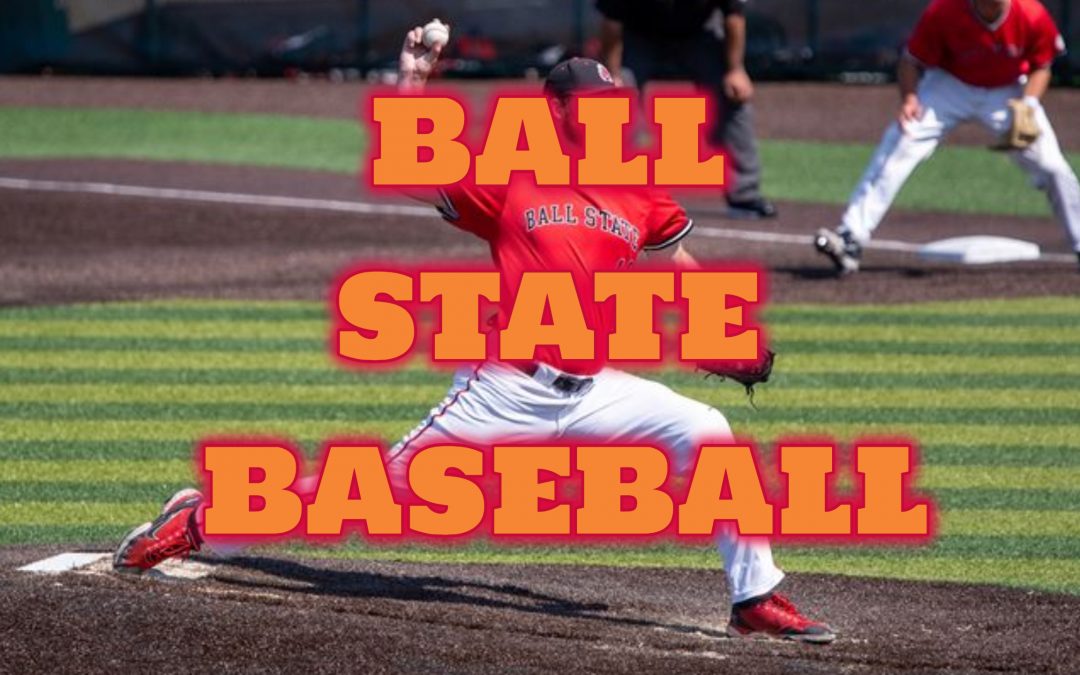 OXFORD, Ohio – The Ball State baseball team closed out the regular season at McKie Field at Hayden Park on Saturday. The Cardinals came out of the gates soaring as BSU put eight runs on the board in the first two innings.

For the fifth time in program history, the Cardinals are the Mid-American Conference Champions. Ball State was the regular season champions in 1998, 1999, 2001, and 2014.

Nate Dohm threw the best game of his young career in one of the most important games. Dohm was unfazed and was poised on the mound for the Cardinals. He recorded his first complete game of his career and notched a career-high 13 strikeouts. Dohm recorded the win and improved to 4-2 on the season.

Wright led off the game with a five-pitch walk. Quartermaine singled to right field. Powell followed with a six-pitch walk after being behind in the count 0-2 and loaded the bases. Hunter Dobbins recorded a sac fly on a line out to right field as Wright scored easily from third. Cole reached on a fielder’s choice and Powell was safe at second on an error by the second baseman. Quartermaine scored on the error. Adam Tellier doubled to left center and drove in Powell. After taking the first pitch of the at bat, Peltier got a pitch he liked and demolished it for a three-run homer to deep left field. The Cardinals took a 6-0 lead into the bottom of the first.

Wright led off the top of the second with an eight-pitch walk. Quartermaine drove in Wright with a double to right center. Quartermaine advanced to third on a ground out by Powell. Quartermaine later scored on a wild pitch and gave Ball State an 8-0 lead after two innings.

The RedHawks got two runs in the bottom of the third on two hits and cut the Cardinals’ lead to 8-2.

In the top of the fifth, Cole belted a solo homer to right center and gave BSU a 9-2 lead after five innings.

Matthew Rivera led off the top of the sixth with a single to left field. Justin Conant drew a five-pitch walk. A sac bunt by Wright moved the Cardinal runners to second and third. Quartermaine notched a sac fly to right field as Rivera scored. Powell singled to left field and scored Conant. Dobbins produced a single to right field and moved Powell to third. Cole doubled off the right field wall to score Powell and Dobbins. Ball State held a 13-2 lead as the game went to the bottom of the sixth. The Cardinals went on to win 13-2 as the run rule was enforced.

The Cardinals return to action on Wednesday, May 25, for the first round of the MAC Tournament. Ball State will host the tournament at the Ball Diamond at First Merchants Ballpark Complex.

“It was a special moment for our young men and our program. We have had to deal with heartbreak the last few years of being awfully good but falling a hair short. It has been painful, but these young men have been highly motivated to get over the top and today they became MAC Champions. So proud of our boys and my staff. It truly has been a team effort. The team, the team, the team!”