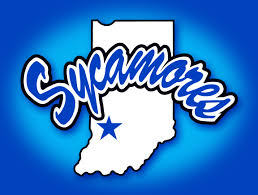 Year one of the Josh Schertz era in Terre Haute was mired by a slew of injuries and COVID-related absences. Prior to the season even starting, the Indiana State Sycamores lost star guard and presumed leading scorer Tyreke Key. During the year, no single player on the roster played all 31 contests, and all but one missed two or more games with ailments. At times, ISU was forced to travel to opposing cities with just seven available players. Those absences forced Schertz to use an absurd 18 different starting lineups in the Sycs’ first 25 games. Few teams nationally faced more roster adversity. This season should be different. ISU returns 80 percent of its minutes from last year and adds a group of transfers sure to make an immediate impact. The Sycamores were an inexperienced squad last season, but this year, they will be among the oldest in the country. It is worth reminding the folks at home about Schertz’s resume. Schertz led the Division II Lincoln Memorial basketball program for 13 seasons. In that span, he made nine NCAA Tournaments (10 if you include the COVID cancellation), two Final Fours, and one National Championship game. His overall record at LMU was a gaudy 337-69 (.830), and he was a seven-time winner of his conference’s Coach of the Year award. So, yes, Schertz is an excellent coach who should grow the ISU in program in year two, now armed with a healthier and deeper roster.

Schertz’s offenses were renowned at LMU. Last season’s Sycamores struggled with efficiency, but they should be much improved in 2022-23. ISU wants to play “fast, loose, and disciplined.” Schertz wants to get out in the open floor when possible. In the halfcourt, his offense relies on concepts rather than set plays, so greater familiarity with the read-and-react system among his players should breed greater results on the court. Schertz’s offensive goals are relatively simple. “As best we can, we try to generate a layup, get fouled, or, if not, hopefully draw attention and generate spot 3s,” he explained. Having a true point guard will certainly help drive the offense to greater success. Key’s absence last year altered ISU’s entire approach, and it was forced to use wings as primary ball handlers. Division II transfer Trenton Gibson could be the answer to Indiana State’s point guard question. At 6-4, Gibson is a big lead guard with excellent vision. He stuffed the stat sheet at the D2 level, averaging 17.2 points, 5.9 rebounds, and 5.3 assists per game. He is the only player in Tusculum’s history to tally 1,500 points, 600 rebounds, 400 assists and 100 steals for his career. Schertz is familiar with Gibson from his LMU days, when his squads did battle with Gibson’s in conference play. Indiana State has more size and skill than last year plus a wealth of experience. Six players who started 10-plus games return, and two more are back with starting reps. Cooper Neese and Cameron Henry will lead the way for the Sycs. Neese earned third-team All-MVC honors last season, while Henry was runner-up for Newcomer of the Year. Both stars averaged right around 15 points per game and should lead the Sycs in scoring once again. Neese will hope to fine-tune his outside shooting from a year ago; he shot 30.5 percent from deep after cashing 39.1 percent in 2020-21. Henry will get to move off the ball more this season and assume a more natural attacking position on the wing. Guards Xavier “Jabo” Bledson, Julian Larry, Cameron Crawford and Zach Hobbs all return with ample experience under their belts. Up front, Kailex Stephens is back to resume post duties. Lineup optionality will suddenly be a strength for a once-thin team; Schertz can reach deep into his rotation and put the best five on the floor for any given circumstance. Bledson was an all-bench selection in the MVC last season. He ranked third in the league in assist rate (KenPom) but struggled mightily with turnovers. Larry is a lockdown defender who should see the opposing team’s best perimeter player each night. Stephens can be utilized in an undersized center role, but he’ll have more help up front this season with the arrival of Truman State transfer Cade McKnight, a two-time Division II first-team All-American. McKnight is a tank on the block at 6-9 and 240 pounds. He should be able to transition smoothly to Valley play after dominating the D2 ranks for four years. Bradley transfer Jayson Kent and DePaul transfer Courvoisier McCauley are sure to make large impacts on the rotation. Kent started 15 games for the Braves last season and can slot into the 3 or 4 spot; his 6-8 frame will be key for a roster short on height. McCauley could be a bona fide star in the Valley. Schertz believes both his freshmen, Rob Martin and Robbie Avila, have the potential to develop into All-MVC players down the road. Martin was the Player of the Year in Missouri at CBC High School, and Avila could see minutes up front as one of the only true bigs on the roster.

Turnovers and offensive rebounding plagued Indiana State offensively last season. No team had a higher turnover rate in the Valley than the Sycs, and only one team in the country grabbed second chances at a lower rate. Schertz understands the magnitude of such weaknesses. “When margins are so small, the ability to generate extra possessions is huge.” Of the Sycamores’ 20 losses, 11 came by single-digits, and extra offensive rebounds or shot attempts could have tipped the scales in their favor. Turnover margin should improve with the addition of Gibson and another year of experience in Schertz’s system for the incumbent ball handlers. Though Indiana State returns a ton of production, those producers went 11-20 (4-14) last season. How much improvement can realistically be expected within a tough conference such as the Valley? Well, if you believe in Schertz’s track record, the returning talent and the additional pieces brought in, it could be an astronomical amount.

Many great teams around the country have what Schertz refers to as a “closer,” a guy who can take over a game in the final three to four minutes. Schertz believes his team has a closer this season in McCauley. “People might look at his numbers at DePaul and shrug them off, but he has a chance to be our leading scorer,” raved Schertz. “He’s wired to score; puts the ball in the basket.” McCauley’s minutes were hit or miss for the Blue Demons, but he had a nice six-game stretch in Big East play last season where he averaged 12.5 points per contest. Schertz should have a pretty good idea of McCauley’s impact — after all, he coached McCauley for two seasons at LMU, where McCauley led the Railsplitters (awesome name) to a 32-1 record and garnered All-America honors. Masen Miller, who journeyed to Terre Haute from Truman State with McKnight, is also a dark horse candidate to eat major minutes and even earn some starts. Schertz calls Miller an “elite shooter and competitive defensively.” He should be the Sycs’ best 3-point marksman after canning near[1]ly 100 last season at Truman.

Indiana State is poised to make a significant climb up the conference standings in 2022-23. The Sycs are old, experienced and familiar with a system that has won at a high level. Henry and Bledson, who came with Schertz from Lincoln Memorial, have a full year of D1 experience. With the additions of McCauley and McKnight, among others, Indiana State suddenly looks like one of the most talented teams in the Valley on paper. Don’t be surprised if the Sycamores are knocking on the door of a conference title come March.