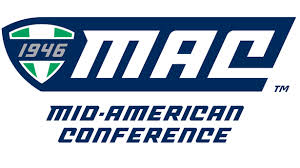 Montre Miller, Kent State, CB
R-Junior, Blythewood, S.C. (Westwood)
Miller had the first 3 INT game for the Golden Flashes since 2008 in the victory over VMI. All three picks came in the red zone including one in the end zone, thwarting VMI drives. Miller and the Kent State defense held VMI to under 50 percent passing and just 146 yards in the win.

MAC East Division Offensive Player of the Week
Matt McDonald, Bowling Green, QB
Senior, Newport Beach, Calif. (Mission Viejo)
McDonald passed for a career-high 308 yards against South Alabama. The 308 yards was the best by a MAC quarterback in Week No. 2. After South Alabama took its first lead of the game, immediately led the offense on a 3-play 83-yard drive to retake the lead on a 33-yard scoring strike to Andrew Bench (1st career reception).

MAC West Division Offensive Player of the Week
Harrison Waylee, NIU, Running Back
Freshman, Johnston, Iowa (Urbandale)
Waylee recorded his fourth consecutive 100-yard rushing game with a career high 179 yards on 26 carries versus Wyoming that included a career long 75-yard touchdown run, the longest by a Huskie since 2016. Thirteen seconds after his 75-yard TD run, Waylee scored from 13 yards out to pull the NIU within six points of the Cowboys in the fourth quarter as the Huskies mounted an epic 27 point comeback. After rushing eight times for minus three yards in the first half, Waylee carries 18 times for 182 yards in the second half, averaging 10.1 yards per carry in the second half.

MAC West Division Special Teams Player of the Week
Bailey Flint, Toledo, Punter
Senior, Melbourne, Australia Notre Dame
Senior punter Bailey Flint averaged 45.4 yards on seven punts, including boots of 68 and 57 yards in the first half. His 68-yarder went out at the nine-yard line. He also pinned the Irish at their own four-yard line with a 35-yard kick in the second quarter.

MAC East Division Special Teams Player of the Week
Graham Nicholson, Miami, K
Freshman, Cincinnati, Ohio
Nicholson drilled a career-high 46-yard field goal in the first half versus Minnesota and added a 45-yarder later that same day. The freshman was a perfect 2-for-2 on field goals and extra points in a 31-26 loss at Minnesota. Nicholson also averaged 64.3 yards per kickoff, with four touchbacks on six attempts.