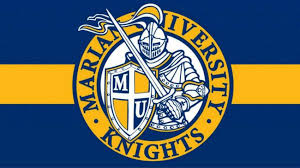 INDIANAPOLIS – WIth the start of a new football season right around the corner, the Marian University football team was included on an early preseason poll. The 2021 College Footabll America Yearbook NAIA Preseason Top 30 was released late Saturday, with the Knights coming in at No. 6 as the second highest ranked team in the MSFA. Marian is one of six MSFA Mideast or Midwest members to be ranked in the preseason poll

Joining the Knights from the MSFA Mideast division are rivals Concordia (5th) and St. Francis (Ind.) (13th). A trio of teams from the MSFA Midwest division also earned rankings, with Olivet Nazarene (11th) headlining both Roosevelt (21st) and St. Ambrose (29th). The 2020 NAIA Runner-Up Northwestern is ranked No. 1, with Morningside (2nd), Lindsey Wilson (3rd), and Grand View (4th) rounding out the top-four.

Marian will open their season on September 4 when the Knights host Tiffin University, an NCAA Division II school who came in at No. 25 in the CFAY DII Preseason Poll. Head coach Mark Henninger returns eight full-time starters on offense and six full-time starters on defense, bringing back a wealth of young experience on a team that went 5-2 in the shortened 2020-21 spring schedule.