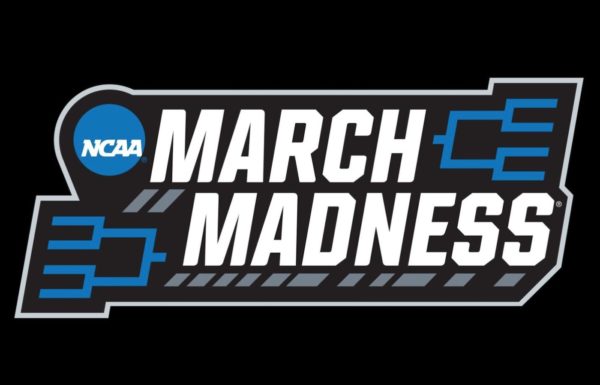 • Carolins is playing in the championship game for the third time in six seasons.

• With a win, Hubert Davis would become the first individual to lead his team to a national championship in his first full season as a head coach (Michigan’s Steve Fisher was the head coach for the six NCAA Tournament games in 1989).

• Davis, the winner of the John  McLendon Award as the 2021-22 National Coach of the Year, is the fifth individual to lead his team to the national championship game in his first season as a college head coach (Dick Harp of Kansas in 1957, Indiana State’s Bill Hodges in 1979, UCLA’s Larry Brown in 1980, Fisher and Davis).

• The 2022 Final Four is Carolina’s 21st, most in NCAA history. The Tar Heels’ win over Duke in the national semifinal was UNC’s 131st in NCAA Tournament history, the most all-time.

• Only four schools have played in more NCAA Tournament games than Carolina has won (Kentucky, Kansas, Duke and UCLA).

HOW CAROLINA GOT TO THE FINAL TWO

• The Tar Heels beat Duke, the second seed and champion of the West Regional, 81-77, in the national semifinal in New Orleans. It was the first time UNC and Duke ever played in the NCAA Tournament.

• Love led UNC with 28 points against the Blue Devils. It was the third time in five games against Duke he scored 20 or more points.

• Love made two of his first nine field goal attempts from the floor, then made nine of his last 11.

• Bacot became the first Tar Heel ever with two NCAA Tournament games with 20 or more rebounds. He had 22 against Saint Peter’s in the regional final. Tyler Zeller is the only other Tar Heel with at least 20 in an NCAA Tourney game (had 22 against Ohio in 2012).

• It was Bacot’s fifth 20-rebound game of the season, which tied a UNC record with Billy Cunningham.

• Bacot’s 21 rebounds were the most in a Final Four game since Kansas’s Nick Collison had 21 vs. Syracuse in the 2003 final.

• Bacot broke the UNC record for rebounds in an NCAA Tournament. He has 84 in the five games (previous was 69 by Kennedy Meeks in six games in 2017).

• Bacot joined Antawn Jamison (1997-98) as the only Tar Heels with five double-doubles in one NCAA Tournament.

• Bacot’s 21 rebounds were the most by UNC in 21 national semifinal games (previous was 17 by Pete Brennan in triple overtime vs. Michigan State in 1957).

• Leaky Black made two threes, his first multi-three game since he hit two against Syracuse in the home finale on Feb. 28.

• Carolina improved to 5-9 this season when trailing at the half, including two straight wins over Duke.

• Carolina has three wins as an unranked team over an AP top-10 ranked team this year, all in the last eight games (No. 4 Duke in Durham on March 5, No. 4 Baylor in the NCAA second round on March 19 and No. 9 Duke in the Final Four).

• Duke’s four turnovers were the fewest by an opponent against UNC in any NCAA Tournament game. The previous low was five by Wisconsin in 2015, Michigan State in 1998 and Auburn in 1985.

• Duke’s four turnovers matched the fewest by an opponent this season. Miami committed four in a 28-point win over UNC in January.

• Carolina’s win over No. 9-ranked Duke was the Tar Heels’ fifth as an unranked team over a ranked opponent this season (also beat No. 24 Michigan, No. 4 Duke, No. 4 Baylor and No. 11 UCLA). It’s the most wins by an unranked UNC team over ranked opponents since winning five times in 1989-90.

• Bacot (Richmond, Va.) was the Most Outstanding Player of the East Regional. He scored 20 points and tied his career high with 22 rebounds in the Elite 8 vs. Saint Peter’s.

• RJ Davis scored 30 and Brady Manek had 26 in the second-round win over Baylor. The Tar Heels had a 67-42 lead midway through the second period, but the Bears forced overtime with a 38-13 run. Davis’s three-point play in overtime proved to be the key play in Carolina’s victory.

• The win over Baylor was Carolina’s ninth all-time over a No. 1 seed, tying Duke for the most in NCAA Tournament history.

• The win over Baylor was also the first time UNC eliminated the defending champion in the NCAA Tournament.

• Love scored 30 (21 in the first half) and Manek had 28 in the 32-point win over Marquette, which was the largest margin in NCAA Tournament history in a game between 8 and 9 seeds.

• Carolina head coach Hubert Davis became the 10th individual to lead a team to the Final Four in his first season as a college head coach, and the first since his college assistant coach Bill Guthridge led the Tar Heels to the 1998 Final Four in San Antonio.

• Davis is the second individual to play in a Final Four game and be the head coach in a Final Four at the same school. Davis joined Dick Harp, who played for Kansas in the 1940 Final Four and was head coach of the Jayhawks in 1957 (in the championship game vs. UNC). In yet another UNC-Kansas connection, Harp was an administrative assistant to Dean Smith at UNC from 1986-89, including the 1988-89 season when Jeff Lebo was a senior and Hubert Davis a freshman.

• Davis scored 25 points against Kansas in the 1991 national semifinals in Indianapolis.

• Davis is the first individual to reach the NCAA championship game in his first season as UNC’s head coach.

• The Tar Heels have the most NCAA Tournament wins in history (131) while KU is fourth with 114.

• Carolina is first in Final Fours with 21; Kansas is fifth with 16.

• Carolina is second all-time in NCAA Tournament winning percentage (.732) and the Jayhawks are fifth (.704).

• The first five games in the series were decided by an average of 5.6 points, which included a pair of one-point games. The last five games (including two UNC wins) have all been decided by 10 or more points.

• The Carolina and Kansas connections are numerous and historic. Dean Smith played at Kansas, winning a national championship in 1952 and playing in another Final Four in 1953. He led UNC to 879 wins and two NCAA titles as head coach.

• Larry Brown played at Carolina under Smith and won a national title as KU head coach in 1988.

• Dick Harp was KU’s head coach against UNC in 1957 and was later an administrative assistant under Smith at UNC from 1986-89, where he was on staff in 1988-89, Hubert Davis’s freshman season.

• Carolina’s strength and conditioning coach, Jonas Sahratian, was in a similar role at KU from 1999-2003. He is in his 18th season at Carolina.

• Steve Robinson and Joe Holladay were assistant coaches under Williams at both schools.

• Jerod Haase and C.B. McGrath played for Williams at KU and were assistant coaches at UNC with Williams.

The game will air on TBS with Jim Nantz (Play-by-Play), Bill Raftery (Analyst), Grant Hill (Analyst) and Tracy Wolfson (Reporter) on the call.

Kansas earned its 10th NCAA Tournament title bid with an 81-65 victory of No. 2 seed Villanova on Saturday, in which senior David McCormack led the team with 25 points, followed by senior Ochai Agbaji’s 21 points. Redshirt sophomore Jalen Wilson added 11 points and 12 rebounds, marking his fourth-straight double-digit rebounding effort of the tournament. Wilson became the first Kansas player since at least 1996-97 to accomplish such a feat.

Entering the NCAA Tournament title game, Kansas owns a 10-game win streak, Kansas’ first double-digit win streak since closing the 2020 season with 16-straight wins. Under head coach Bill Self, Kansas now has 18 streaks of 10 or more wins in a row.

Kansas is led by Naismith Player of the Year finalist, Agbaji, who averages 18.9 points per game, while shooting 41.1 percent beyond the arc, both of which are Big 12 bests. Paired with Agbaji, senior Remy Martin leads the team in scoring throughout the NCAA Tournament, with both Jayhawks averaging 14.0 points per game.

North Carolina enters the Final Four following an 81-77 victory over No. 2 seed Duke in the Final Four on Saturday evening. The Tar Heels were led by sophomore Caleb Love, who poured in 28 points, including six in the final minute of play to put away rival Duke.

Kansas is 3-6 in NCAA Tournament title games all-time, including 13-14 in Final Four games. Kansas and North Carolina have met 11 times in the storied history of the programs, with North Carolina holding the series advantage at 6-5.

The two teams have met on six occasions in the NCAA Tournament, with Kansas 4-2 in those games, including 3-0 under head coach Bill Self. They most recently met on March 14, 2013, when the Jayhawks defeated the Tar Heels, 70-58, in the NCAA Midwest Regional in Kansas City, Mo.

No. 1 seed Kansas (33-6) advanced to its 10th NCAA Championship with a 81-65 victory over No. 2 seeded Villanova in the Final Four matchup on April 2. The Jayhawks will take on No. 8 seed North Carolina (29-9) on Monday, April 4 at 8:20 p.m. CT from the Caesars Superdome in New Orleans. The game will be televised on TBS with Jim Nantz, Bill Raftery, Grant Hill and Tracey Wolfson on the call. • Kansas appears in its 10th NCAA Championship all-time, including its third under head coach Bill Self. With the 81-65 win over Villanova, Kansas has 13 Final Four wins, which is the fifth most all-time. • Head coach Bill Self has coached 54 NCAA tournament wins, which is the fifth most all-time. Self’s 75 NCAA tournament games breaks a tie for fifth all-time with Michigan State head coach Tom Izzo. • Kansas enters the National Championship game as the winningest program in NCAA Division I men’s basketball history with 2,356 wins. Kansas surpassed Kentucky (2,354) on March 25 with its win over No. 4 seeded Providence, 66-61 in the Sweet 16. • The Jayhawks and Tar Heels meet for the 12th time in the series history with North Carolina holding the series advantage at 6-5. The two teams last met on March 24, 2013 in the NCAA Tournament second round in Kansas City, Mo., in which Kansas came out victorious, 70-58. The two teams have met six times in the NCAA Tournament, with Kansas 4-2 in those games. Head coach Bill Self is 4-1 against North Carolina in his career, including 3-0 at Kansas, with each of them coming in the NCAA Tournament. • Kansas has outrebounded its opponent 28 times this season, where the Jayhawks are 28-0 this season and 417-50 under head coach Bill Self. Kansas owns a +5.4 rebound margin throughout the 2021-22 season. • Entering the NCAA Tournament title game, Kansas owns a 10-game win streak, Kansas’ first double-digit win streak since closing the 2020 season with 16-straight wins. Under head coach Bill Self, Kansas now has 18 streaks of 10 or more wins in a row.