NFL PREVIEW: What To Look For – Kickoff Weekend 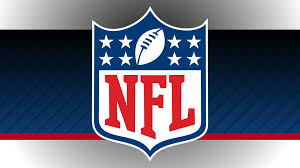 SUPER STARTERS : History indicates that the best way for a team to start its drive toward a Super Bowl championship is to win in Week 1.

The 55 Super Bowl winners have a 44-10-1 record in the Kickoff Weekend games of their title seasons. The Super Bowl LV champion TAMPA BAY BUCCANEERS, who host the DALLAS COWBOYS in the league’s annual primetime Kickoff Game on Thursday (8:20 PM ET, NBC), became the first eventual Super Bowl winners to lose the opening game of their championship season since New England in 2014.

Since 1978 when the NFL went to the 16-game schedule, and excluding the abbreviated season of 1982, teams that are  victorious in their season-openers are more than twice as likely to reach the playoffs than those that lose an opening game. This season will feature a 17-game schedule for each team for the first time ever.

Note: There are a different number of winning and losing teams in season-opening games due to the fact the NFL had 31 teams in each season from 1999-2001, which creates an odd number for the total number of results.

STARTING STREAKS: The Chiefs aren’t the only team to have excelled in openers. Below is a sampling of other notable active NFL Kickoff Weekend milestones and streaks:

START ME UP: Some players have excelled in openers. Below is a sampling of notable individual performances on NFL Kickoff Weekend:

With a start by any of the three players, at least one rookie quarterback will have started in Week 1 in 14 consecutive seasons, extending the longest streak in the NFL since at least 1950.

The rookie quarterbacks to start in Week 1 since 2008:

The players with the most career games with at least 300 passing yards in NFL history:

This Thursday will also mark the 300th regular-season career start of Brady’s career, making him the first quarterback in league history to reach the milestone.

Other quarterbacks that can reach career passing milestones in Week 1:

The tight ends to reach 8,000 career receiving yards in the fewest games in NFL history:

The tight ends to reach 50 career receiving touchdowns in the fewest games in NFL history:

The players to reach 850 career receptions in the fewest games in NFL history:

The players with the most games with at least 100 receiving yards in NFL history:

With both a rushing and receiving touchdown against the Jets on Sunday (1:00 PM ET, CBS), McCaffrey will surpass CHUCK FOREMAN (nine games) for the most such games by a player through his first five seasons in NFL history. New Orleans running back ALVIN KAMARA, who is also entering his fifth season, has eight such career games and can tie Foreman when New Orleans takes on Green Bay Sunday (4:25 PM ET, FOX).

The players with the most games with both a rushing and receiving touchdown in their first five seasons in NFL history:

It will mark the fourth time in NFL history, and second-consecutive season, that the two reigning Rookies of the Year will meet on Kickoff Weekend. In 2020, Arizona quarterback KYLER MURRAY and San Francisco defensive lineman NICK BOSA met in Week 1.

The Kickoff Weekend matchups featuring the reigning Associated Press Offensive and Defensive Rookies of the Year in NFL history: