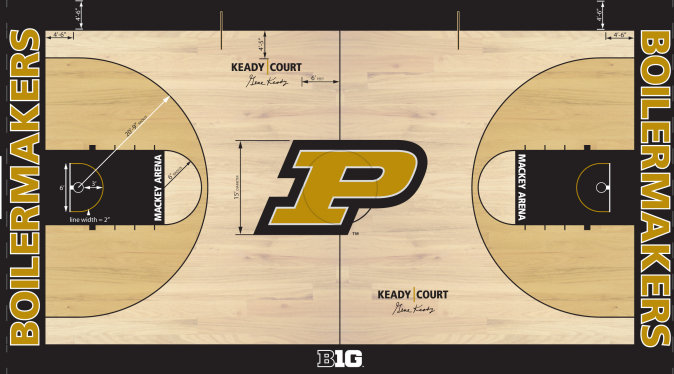 VICTORIA, B.C. — Team Canada has announced that Purdue sophomore Zach Edey has been selected to represent Canada in the 2021 FIBA U19 World Cup in Latvia, joining teammates Jaden Ivey and Caleb Furst as representatives that will be played in Latvia.

In addition, he was named an alternate for the Canadian National Team that will represent the country in the 2021 Tokyo Olympics, should they qualify.

Purdue has had major success in the U19 World Cup in each of the last three events. Caleb Swanigan won gold in Greece in 2015, Carsen Edwards won bronze in Egypt in 2017 and Trevion Williams was a gold medalist in Greece in 2019.

He was named to the Big Ten’s All-Freshman Team, after averaging 8.7 points and 4.4 rebounds while shooting 59.7 percent from the field, the second-best percentage by a freshman in school history. He also shot 71.4 percent from the free throw line.

Edey blocked 30 shots, good for eighth on the Purdue freshman single-season list, and was one of three freshmen nationally to average 8.0 points and 4.0 rebounds, block 30 shots and shoot at least 57.5 percent from the field (Michigan’s Hunter Dickinson and USC’s Evan Mobley).

He was named to the freshman All-America team by CollegeInsider.com and was twice named Big Ten Freshman of the Week (Nov. 30, March 8).