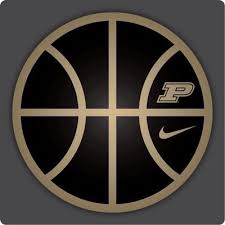 The Boilermakers are 2-0 following wins over Bellarmine and Indiana State, while Wright has defeated Lake Erie and lost to Marshall.

The contest will be televised by the Big Ten Network with Matt Schumacker and Stephanie White on the call. On the radio waves, Rob Blackman and Bobby Riddell will be courtside on the 22-station Purdue Radio Network and online on the Varsity Sports Network (app). Live stats will be provided on PurdueStats.com and updates will be provided on Purdue’s official Twitter account (@BoilerBall).

The Notes to Know

1) This will be the first meeting against Wright State. Purdue is looking for its 11th 3-0 stat under Matt Painter and first since 2018-19.

7) It’s early, but Zach Edey ranks No. 4 in the KenPom Player of the Year standings, behind Ohio State’s E.J. Liddell, Houston’s Marcus Sasser and Gonzaga’s Drew Timme. Edey has 38 points, 19 rebounds, four blocks and three assists in 40 minutes this season. Edey is eighth in the country in field goal percentage (.857) and 18th in offensive rebounds per game (4.5).

THE SERIES WITH THE RAIDERS • Tuesday’s game marks the first meeting between Purdue and Wright State (Dayton, Ohio), despite being just 191 miles apart. • The Boilermakers are 41-2 against current members of the Horizon League, including 34-1 at home. • Head coach Matt Painter is 16-0 against the current members of the Horizon League, all while at Purdue. • Purdue hasn’t lost to a current Horizon League member since Dec. 7, 1991, a 69-53 loss to Tony Bennett and Green Bay.