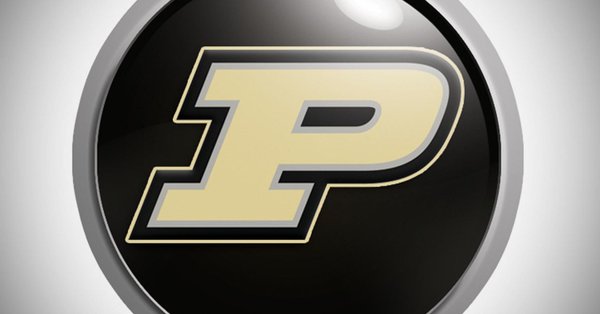 WEST LAFAYETTE, Ind. – For the second time this season, Jeanae Terry walked it off for the Purdue women’s basketball team. On Sunday, the junior sank a contested layup as the horn sounded to lift the Boilermakers to a 60-58 win over Rutgers at Mackey Arena.

The last-second bucket gave head coach Katie Gearlds her first career win in the Big Ten. The Boilermakers are now 10-4 on the year and 1-2 in conference play.

Terry’s second buzzer beater of the year was set up by a key defensive stop with less than 10 seconds remaining, after Purdue surrendered a 21-point lead in the second half. Cassidy Hardin and Rokia Doumbia stymied a drive into the lane by Rutgers (7-8, 0-3) and forced a tie-up with 3.1 seconds remaining and the possession arrow in favor of the Boilermakers.

A quartet of Boilermakers – Terry, Abbey Ellis and Madison Layden – finished with 11 points, while Rickie Woltman added 10 points and eight rebounds. Purdue knocked down six 3-pointers in the first half but went 0-for-9 from behind the arc over the final 20 minutes.

Terry dished out six assists, as Purdue finished with 14 assists on 20 made field goals. The Boilermakers also finished 14-of-16 at the charity stripe, compared to a 14-of-18 mark by the Scarlet Knights.

Purdue jumped ahead early with a quartet of 3-pointers in the first quarter. Layden drained a trio of early triples, totaling all 11 of her points in the opening 10 minutes.

The Boilermakers shot 40% from the field with six 3-pointers in the first half, building the lead to as many as 12 at the break.

Out of halftime, Purdue worked the ball around to go on a 13-2 run midway through the third with four different players jumping into the lead all the way out to 21 with 5:37 to play.  The Boilermakers built the lead up by going 7-of-8 at the line in the frame. Woltman and Terry fueled the run with traditional 3-point plays on back-to-back possessions.

Rutgers fought back, closing the third on a 13-4 run, seven points coming at the line, to make it an 11-point game going into the fourth. Following a Woltman layup with 9:10 to play in the fourth, the lid went on the basket for the Boilermakers. The Scarlet Knights roared back with 15-4 run to tie the game at 58-58 with 47 seconds remaining. Rutgers took advantage when four of Purdue’s five starts got into foul trouble in the third quarter,  which led to the Boilermakers committing five of their 15 turnovers in the final frame.

Purdue committed their final turnover with 31 seconds to play, giving Rutgers the opportunity to complete the 21-point comeback. Out of back-to-back timeouts, first by Rutgers followed by Purdue, the Boilermakers locked in defensively and never gave the Scarlet Knights any good look at the basket as time was ticking down.

The Boilermakers forced the turnover, setting up another thrilling game-winner by Terry.

Terry’s game-winner was her second of the year, after a jumper in the lane against now-ranked No. 16 Georgia Tech went in for a 53-52 win in the Big Ten/ACC Challenge. Against the Yellow Jackets, Terry caught the sideline inbound pass with 3.9 seconds on the clock. On Sunday, the Detroit native ripped a similar drive to the lane with 3.1 seconds left and double-clutched the short layup to avoid tight defense by Rutgers’ post players.

She’s a gamer. She is built for those moments. She has the mentality and doesn’t shrink from moments like that. She wants it. She has that edge and that’s how she carries herself. I’m glad she’s on our team. We struggled getting defensive stops. We kept chipping away. When we got stops, they got offensive rebounds. I thought they did a really good job. Getting the stop at the end and having the chance to tie it up was huge. It’s what we needed confidence-wise.

• Purdue snapped a five-game skid against Rutgers and trails the all-time series 8-6.

• Woltman turned away three shots on the afternoon, one shy of her career high.

• The Boilermaker have won all 10 of their games when assisting on at least 60% of their made field goals.

• Abbey Ellis pulled within 41 points of joining the 1,000-point club for her career.

• Purdue now has 897 wins, three away from joining the 900-win club in NCAA Division I.

• Rutgers held the Boilermakers to just eight points in the fourth quarter, outscoring the hosts 17-8 in the period.

• The Boilermakers won a game without making seven or more 3-pointers for just the second time this season, joining the win against Georgia Tech with 2 triples.

• Purdue won with more turnovers than assists for the third time this season.

• Cassidy Hardin matched her career high with six rebounds, as she snapped a string of four straight games with double-digit points, finishing with eight.

The Boilermakers will have the week off until they square off with Michigan State next Sunday on the road. Tipoff is slated for 2 p.m. on B1G+.