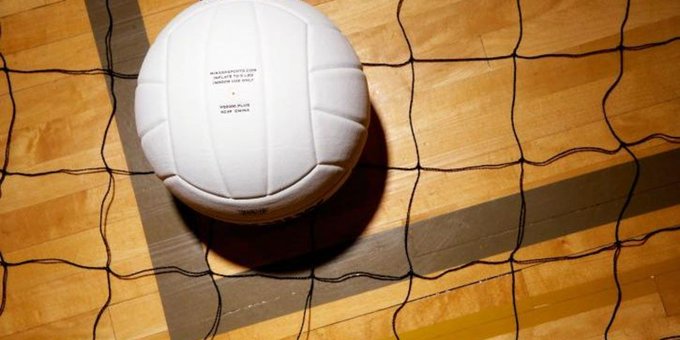 This is a critical year for the Richmond High School volleyball program. That’s because seven seniors will be playing their final season.

Ashley Clark, Laurelai DePew, Haylee Haskett, JaKaia Lotz, Kennedy McKee, Laurel Uhte and Adrianne Weber have been playing school and club volleyball for at least the last eight years if not longer but the end will finally come sometime in October.

Of those seven, Clark, DePew and Uhte are entering their fourth campaign on the varsity. All three achieved all-North Central Conference recognition last year and all three are approaching noteworthy career milestones.

Russ Uhte is starting his third year as head coach. Grace Townsend returns as varsity assistant while her sister, Sydney, is the new junior varsity mentor.

“I’ve got very high expectations, especially out of my returning seniors,” coach Uhte said. “They’ve got to set the standard this year. This isn’t a year for us to set back and have fun. We to go out and prove who we really are.”

His daughter, Lauren, the team’s veteran setter who is headed to IU East next year, echoed those sentiments.

“I’m very excited,” she said. “We definitely have a bunch of talented girls. All the seniors are very mature, great communicators and can take us a long way.”

DePew, recruited by Miami of Ohio to play softball, anchors the middle for the Red Devils. “We’ve been playing together since before our freshman year and I would think we’ve grown together and can do some real damage this year,” she said.

Clark, a mainstay on the left outside hitter position of the front row, finished second in the NCC in kills last year. “We need to stay together as one and play as a team,” she said. “We also need to focus and recognize what can score us the most points, whether it’s a big kill or a nice set in the middle of the court. Whatever can help us get results.”

Coach Uhte is well aware of a nagging problem that plagued the Devils last season. “We got killed defending the middle attack last year,” he said. “That can’t happen again.”

“These three have been doing this for almost four years now and they have to come out and deliver,” their coach said. “They played club ball together this year and meshed very well. Now we hope it continues right into the high school season.”

A year ago Richmond finished with a record of 16-10, winning 15 of its last 20 matches before losing to New Castle in the Sectional.

The Red Devils begin by hosting Union County is a controlled scrimmage next Thursday on the new Tiernan Center court before opening the regular season Aug. 16 at Pendleton Heights. The home opener is Aug. 18 vs. Winchester.