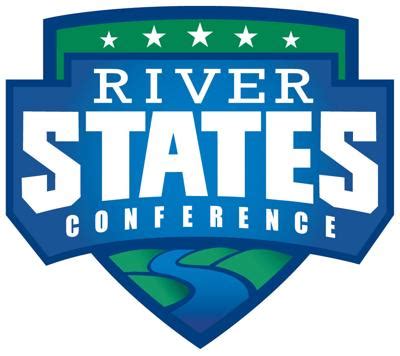 The sophomore from Darlington, United Kingdom, anchored the Red Wolves’ defense in two wins, and he also scored three goals on the week. Coleman scored the only goal in a 1-0 victory at Point Park (Pa.). He then scored two goals in a 7-1 victory at Carlow (Pa.).

The victories pushed the Red Wolves into the postseason at 5-4 RSC. IU East won four games in 10 days to secure their spot. The defense gave up only the one goal. IU East will travel to Oakland City (Ind.) for the RSC Championship quarterfinals Nov. 6.

A senior winger from Liberal, Kan., Alvarez scored five points in the two games. He assisted on the only goal of a 1-0 win at Point Park (Pa.). He then scored two goals in a 7-1 victory at Carlow (Pa.).

The big weekend secured a playoff spot for the Red Wolves, who won four games in 10 days to make the postseason. IU East is 5-11-1 overall, 5-4 RSC and took the No. 6 seed in the RSC Championship. The Red Wolves will be at Oakland City (Ind.) for the quarterfinals Nov. 6.

The junior from Brookville, Ind., made six saves in a 0-0, double-overtime shutout at Point Park (Pa.). That result secured the No. 3 playoff seed for the Red Wolves, who went on to go 2-0 in their trip to Pittsburgh.

Mitchum played all 110 minutes in the stalemate and made some big stops to preserve the scoreless tie. She snagged a key save after a shot hit the crossbar to keep the ball in play and highlight her night.

A sophomore from Canal Winchester, Ohio, Sullivan had two goals versus Oakland City (Ind.) and followed that up with a hat trick versus Brescia (Ky.). She had 10 points on the week to lead the RedStorm to a 2-0 showing.

It was a 4-1 win over Oakland City and an 8-0 victory over Brescia. Sullivan had the game-winning goal each time. Her five goals came on eight shots and seven shots on goal. Rio Grande is 10-5-2 overall, 10-1 RSC and will be hosting an RSC Championship semifinal game Nov. 10.

The Hagerstown, Ind., native totaled 52 kills in just 11 sets played on the week for an average of 4.73 kills per set. She put together a .312 attack percentage and scored 54.5 points. That led the Red Wolves to a 2-1 week in conference.

IU KOKOMO’S ADAM GETS RSC VOLLEYBALL DEFENDER OF THE WEEK

MIDDLETOWN, Ohio — Indiana University Kokomo middle hitter Erinn Adam added a River States Conference Volleyball Defender of the Week award to her list of accolades this season. She won the honor for her play Oct. 25-31.

Adam, a senior from Bloomington, Ind., won the defensive side of things after being the conference attacker of the week twice previously this year. Adam made her defensive presence known with 21 total blocks in three matches and an average of 2.10 blocks per set. She also scored with 31 kills on the week as the Cougars went 3-0 to secure the RSC Regular Season Championship and an automatic bid to the NAIA National Championship.

Adam had nine blocks in a win over IU Southeast. She then had eight blocks in a victory over Midway to clinch the RSC title. She earlier had four blocks in a sweep of Brescia. She also hit .390 for the week.  IU Kokomo is 23-8, 15-1 RSC and hosts Oakland City (Ind.) on Nov. 2.