THE MAN THAT SETS THE STAGE AND SHINES THE LIGHT: IHSAA’S JASON WILLE 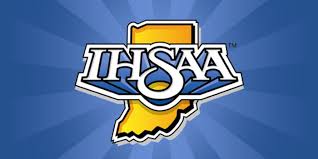 Jason Wille does not like the spotlight, but if you’ve participated in any of Indiana’s 22 tournament sanctioned high school sports, there is a chance that he has helped shine the light on your achievements. Now the longest tenured IHSAA employee, this past January marked the 20th year Wille has provided his sports and information services. Wille was originally hired on by the IHSAA in 1995 as a publication’s coordinator, and two weeks before hopping on board something quite significant happened… the IHSAA began using personal computers. Technological advancement has changed our lives today in countless ways, but for Wille at that time, it provided a unique opportunity. His mission was to develop a functional website and create historical record books. Now decades later, Wille has played a huge role in maintaining the history of Indiana high school athletics, something that combines his two passions of, as you could probably guess, sports and history. But to tell the full story of Jason Wille we must go back to the beginning, and it all started as an Indiana high school student athlete.

Wille attended Crown Point High School playing tennis for the Bulldogs and serving as a statistician for the women’s basketball team during his four years. When it came time for college, Purdue University got the nod, and based on what Wille told me, I have to imagine there was not much hesitation with his choice. To use his terms, “I come from a long line of Boilermakers.” Wille still enjoys keeping tabs on Purdue athletics. After all, it is the Purdue athletic department that has played a large role in Wille’s career as a sports and information director. Volunteering all four years as an undergrad, Wille was able to be a part of a Purdue volleyball trip one season in which they hit the road to take on Minnesota and Iowa. While traveling with the team, Wille performed the SID duties and the valuable experience gave him a taste of what his future career might entail. After graduating, Wille hit the road again, this time for Gainesville, Florida. Here, he would spend a year working as the primary contact for the men’s tennis team, as well as the men’s and women’s swim teams. The stint was transformative for Wille where he was at the forefront of the SEC and the rabid fans and media attention that came with it. But the Hoosier State was home for Wille and he moved back serving as a promotions manager for a PBS station prior to returning to his alma mater to perform SID duties once again. Flash forward to present day and Jason Wille plays an integral role in promoting Indiana high school athletics. A role he tells me is “lots of work and lots of fun,” and a role that can get pretty busy come tournament time.

Time management is something Wille and the student athletes he promotes have in common. And while communities rally around their school’s postseason run, Wille is rallying to get his game notes in order; notes that will be read by both fans and broadcasters in the State Finals program that we all love to flip through. Yes, those handy programs that provide a school’s location, attendance, and team roster; you have Jason Wille to thank for that information. The work does not stop there, though. As the state finals approach, the phone lines begin to ring off the hook, the email inbox fills, and media availability questions steadily increase. But that is what Wille takes pride in, shining light on the hard-working athletes that could be playing in the biggest game of their lives. These instances around state finals competitions are what Wille would describe as the peaks of the job, but it is during the quieter times, Wille’s history loving self shines through. He tells me that he receives many photo requests, oftentimes from callers hoping to find images of their grandparents in action. Just recently Wille’s focus was centered around finding photos of the State Swimming Hall of Fame inductees. This project was coupled with a revamp of the IHSAA website this summer, which Wille relayed will continue to be updated in the days to come.

So even in the times Wille describes as “valleys” in the office, you can still count on finding him chipping away at various projects. But in those rare times of relaxation, Wille enjoys spending time with family. It is now wonder Wille enjoys press releases that welcome new IHSAA employees, making them feel a part of the tight knit group that he’s been a part of for nearly thirty years! In other moments of leisure, you will find him rooting for the Indianapolis Colts and the Indiana Pacers, two teams that are key partners with the IHSAA, hosting for some of the IHSAA biggest of competitions. When their facilities are used by high school athletes, we as fans know it’s a big game, and thanks to Wille, we have all the information about the contest at our fingertips. So, the next time we gather as communities to watch our school play, and see athletes fulfill their dreams playing on the biggest stage imaginable, recall the man behind the scenes, that illuminates those years of hard work.