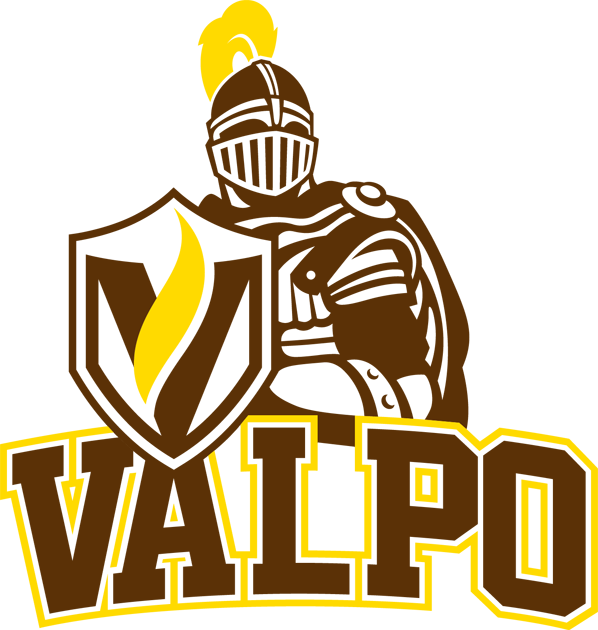 The newly-nicknamed Valparaiso Beacons head into the 2022-23 season following two consecutive sub-.500 performances. Last season saw Valpo go 6-12 in the always-competitive Missouri Valley, but, as is typical for the league, the Beacons were in a smattering of close games. A couple different bounces, and their season could have looked quite different. Valpo participated in five overtime contests in conference play, winning three of them. In regulation, the Beacons lost two games by one possession and another by two possessions. In the nonconference slate, Valpo lost once in overtime and twice by one possession in regulation. Margins were razor-thin. To remain competitive in so many games last season was really quite remarkable given Valpo’s myriad of injury and eligibility issues. Only three players played in every game, and two of Valpo’s most crucial pieces, Kobe King and Thomas Kithier, missed over ten contests each. Point guard Trevor Anderson missed the final 11 games (and 13 of the final 17). All-MVC big man Ben Krikke missed the first three games of the year. Some of that is bad luck, but head coach Matt Lottich said strength and conditioning was a major focus this offseason. His guys have been working on their strength and flexibility to better prepare for the grind of a full season. With a considerable amount of inexperience on the roster and what might already be a thin rotation, Valpo will need all hands on deck to be successful in Valley play.

Lottich has put last year in the rearview. Despite the loss of five key pieces, he believes the Beacons can field a competitive team and be scrappy in conference play. “I like our balance, our recipe,” he said. “We have two guys who can score plus complementary guys who can play a role well.” Valpo played through the block last season, ranking 31st nationally in rate of plays finished via post-ups (Synergy), and that should largely continue in 2022-23. “We want paint touches, which can be on the pass, the post, the dribble,” Lottich explained. “We want to get near the basket in a lot of ways to make the defense look and protect their rim.” Krikke will be the Beacons’ offensive fulcrum. A 6-9, 235-pound forward, Krikke is a blue-collar, tough and physical lefty who fits the stereotypical Valley style. He garnered third-team All-MVC accolades last season and led the Beacons in usage. Krikke is excellent at getting deep position down low and tough to stop with his back to the basket. With Krikke and Kithier, Lottich often played two traditional bigs last season. That was a relative rarity compared to the rest of the Valley, where many teams deployed more wing-types as their nominal 4-men. If Lottich chooses that route again, freshman Maximus Nelson could hear his number called early in his career. Nelson, a 6-8 forward out of Appleton, Wisconsin, isn’t quite a “traditional” big, as he can step out and play on the perimeter, but he gives the Beacons the true size that Lottich craves. Returners Emil Freese-Vilien (6-10) and Joe Hedstrom (7-0), as well as JUCO transfer Jerome Palm (6-10) and freshman Ibra Bayu (6-8), provide plenty of additional size up front. Bayu and Palm are close friends and both products from the Netherlands. Each will compete for starts and be key pieces to the rotation. On the perimeter, Valpo will have a go-to scorer in fifth-year guard Kobe King, a former Wisconsin transfer and top 200 recruit. King made the Valley’s all-newcomer team last season and had a strong case for all-conference by tallying 14.0 points per game. Those who watched King play could see he was a clear difference-maker at this level. At times, it looked as though King was simply too good for the Valley. He could get anywhere he wanted with his superior strength and ability to stop on a dime and rise above defenders. He gives Valpo a “get out of jail free card” late in the shot clock and can be a go-to bucket getter throughout games. Per Lottich, King has trimmed down this offseason and appears to be in fantastic shape. He should push for a first-team all-conference spot and could be one of the more dominant players in the league this season. Lottich also enlisted help from the Division II ranks, bringing in transfers Nick Edwards and Quin[1]ton Green. Edwards was a stat sheet stuffer at Glenville State, averaging 17.1 points, 6.2 rebounds and 7.9 assists per game in 11 contests. Before injuries cut his season short, Edwards was leading the country in assists. He’ll slide into a point guard role on day one and give Valpo a quick, athletic playmaker with excellent body control at the point of attack. Green, meanwhile, is a pure shooter. He was a near-40 percent 3-point marksman during his four[1]year career at Cedarville. Last season, he tallied 1.123 points per possession on spot-ups, good for the 85th percentile nationally per Synergy. Preston Ruedinger, a 6-2 sophomore, will be a key cog in the backcourt rotation after unexpectedly seeing the floor as a rookie. He earned MVC all-freshman honors and rarely makes mistakes with the ball in his hands. Outside of Ruedinger, Valpo’s backcourt options consist of Darius DeAveiro, Connor Barrett and Cam Palesse. DeAveiro saw significant run during his rookie season, even starting three games late in the year. He’ll need to improve his shooting and ball security to see increased play[1]ing time. Barrett, a 6-6 wing, was used sparingly after starting 13 games as a freshman in 2020- 21. Palesse took a redshirt year last season.

Lottich was disappointed in his team’s defensive effort last season, usually a strength of the program. “We didn’t play enough consistent defense,” he said. “You can offer excuses: banged up, lost starting 5-man and PG for majority of the year, but we need to make a better effort to guard. We want to stay healthier and that starts in the weight room.” Valpo ranked 229th nationally and ninth in the Valley in adjusted defensive efficiency (KenPom). That Valley mark was the school’s worst since joining the conference in 2017-18. Scrappiness, physicality and tough defense are pillars of the Valpo on-court brand. For the Beacons to have success, this end must see marked improvement. Depth could be an issue as well. Valpo lost four very good players in Anderson, Kithier, Kevion Taylor, and Sheldon Edwards from a season ago, and only brought in two D2 transfers plus one freshman to replace them. The Beacons’ lack of depth isn’t concentrated to just one position, either — both the backcourt and the frontcourt have concerns. If the injury bug rears its ugly head again, the Beacons will be in trouble. Guys like King and Krikke can only carry them so far.

What Ruedinger did last season likely went unnoticed by 99 percent of the country. But those close followers of Valpo basketball know just how important he was to the team. “I thought Ruedinger became our leader by the end of year – and you’re talking about a walk-on freshman,” raved Lottich. “He does so many things to help you win. His toughness, team first attitude, and selflessness will play a huge role. He’ll do a lot of things that go unnoticed.” Ruedinger isn’t a world-beater by any stretch. He’ll never be the most talented guy on the floor – or maybe even the ninth-most talented. But he is steady, works hard and will do the little things that contribute to winning.

On paper, Valpo’s roster sets them on a path towards another bottom-tier Valley finish. But Lottich’s teams have always been more about the sum of the parts, rather than the individual pieces themselves. The Beacons have their stud scorer in King, they have a reliable post presence in Krikke. If Edwards proves to be an All-MVC-caliber point guard and the wings can open up the floor with spot shooting, Valpo could surprise some folks in conference play this season.